Who needs the federal government…shut it down? Well, I found this example of “small government” austerity a little ironic. First the depressing setup: 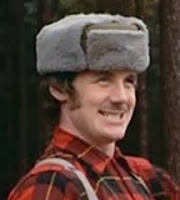 jsonline: Timberlands now protected within the Chequamegon-Nicolet National Forest … industry managers say the riches within the regrown forest are being squandered at taxpayers' expense.

Residents of Laona, a town of 1,200 people about 100 miles northwest of Green Bay, say the industry's struggles have contributed to skyrocketing tax bills, empty classrooms and shuttered shops. Meanwhile, loggers who remain in the business often travel hours each day to saw down private timber stands while the national forest remains off-limits to them. "I feel like we have a family starving to death surrounded by an ocean of food and water," said Jim Schuessler, head of Forest County's economic development agency … forestry jobs in the county dropped from nearly 700 in 2008 to just 118 in 2010, partly as a result of the housing crash.

Forest supervisor Paul Strong points out that's due to a lack of money for federal staff to survey land, propose plans, get environmental reviews and mark trees before private loggers harvest them. "There's no forest in the system across the United States that cuts at their allowable sale quantity. Our annual budget for the agency simply doesn't allow it," Strong said.