Let's face it, the loony right wing is really that dumb. They've focused like a laser on this: "If you like your plan you CAN'T keep it" talking point. See...


Hey, know what you get to ‘keep’ with Obamacare? Cancellation notices


Michelle Malkin is the leader of "the stupids," printing and reprinting the same "cancellations" of coverage letters sent out by insurers who have moved into the Marketplace. Here's one such notice that LET'S YOU KEEP YOUR PLAN, OR IMPROVE IT, WITH A SUBSIDY: 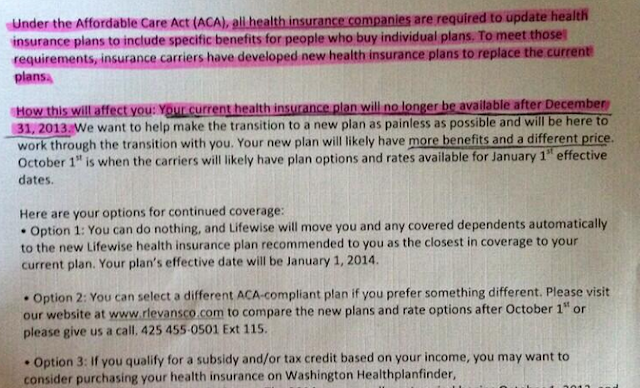 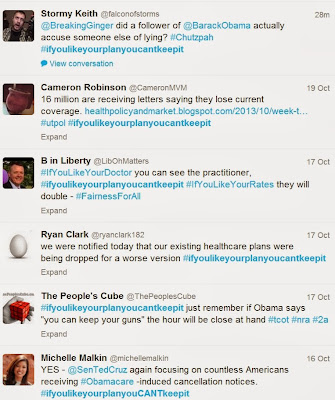 The thing is, people still get to keep their own doctors the Marketplace. In almost all cases their insurer is offering to help them transition. And to boot, they get a major subsidy to bring their costs down. Every letter listed by Malkin says pretty much the same thing. And yet, they're complaining?

It's just more whining without thinking. And some small businesses even get a bigger break, because they not only get to write off their employee coverage as an expense, they get a tax credit under ObamaCare as well.

These people are playing everyone for fools. A frustrating bunch of friggin' lairs basically.

Here's what their meaningless rantings look like...oh, they're so victimized.