Are you okay with the right of mining companies to pollute the environment, if it’s legal?

Does legal pollution soften the blow of tainted well water, well depletion, the presence of cancer causing particles in the air, excessive noise levels or the reduced ability to sell your home?

Just like the law that allows cellphone companies to construct towers anywhere they want, like next to a high school in Sauk Prairie or an elementary school in Waukesha, the legal ability to adversely affect your property, neighborhood, town or city is a legacy Republican representatives are happy to pass along to Wisconsinites, liberal or conservative.

It’s a legal gotcha for the victims of the mining industry. And for conservative voters statewide, I hope you thank them next time in 2014: 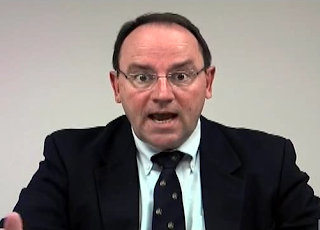 Cap Times-Jessica VanEgeren: (Over the) emotional debate over iron mining in northern Wisconsin, proponents have continued to insist that a bill to streamline permitting for such mines will not harm the environment.

But … on Thursday … Sen. Tom Tiffany acknowledged that changes were made to the legislation to put the state on stronger legal ground to withstand such a challenge.

“The bill reflects the reality of mining. There are going to be some impacts to the environment above the iron ore body. If the law is challenged and ends up in court, the judge needs to know it was the Legislature’s intent to allow adverse (environmental) impacts. That way, a judge can’t find fault if the environment is impacted.”

I've blogged about this legal workaround before, but Tiffany managed to simplify the argument for me:

Tiffany made the admission after being asked … how Republicans could continue to claim the mining bill doesn't risk environmental harm when: It specifically changes the wording of existing state permitting law from “significant adverse affects (to wetlands) are presumed to be unnecessary” to “significant adverse affects are presumed to be necessary.”

Tiffany: “Changing the word 'unnecessary' to 'necessary' lets the judge know it was the Legislature’s intent that there will be some adverse impacts.”

Just think of how surprised some wealthy Republican property owners going feel when they finds out their small government representative took their rights away? The one thing I know about our phony "constitutional conservative" low information voter is that property rights are right at the top of their hot button list:

So tricks and semantic word play is a responsible way to oversee the environmental effects of mining? You would think those with lakefront cabins, McMansion-like second homes, would be concerned about their investment and local water quality if just for resale value alone. Or the tourism dollars that keeps their property taxes just a little bit lower. Guess not.

See how Republicans can easily mislead on pollution, and remember their names:


“It’s clear that people voting against this bill are more interested in hurting our economy than protecting the environment,” read a portion of a statement from Sen. Alberta Darling, R-River Hills.

And Sen. Robert Cowles, R-Green Bay, a lawmaker known for environmental stewardship, said: "I continue to believe we can make regulatory improvements to encourage job growth while still preserving our precious environmental resources."