Walker's WEDC trashed nationally as "inherently corrupting" and "should be avoid(ed)."

Gov. Scott Walker’s leader of WEDC is getting national attention, that is brutally honest and bad news for his reelection campaign: 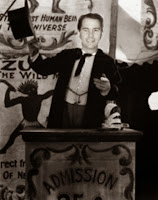 Cap Times: A (Jobs First) new national report is harshly critical of the WisconsinEconomic Development Corp., using WEDC as an example of the inherent risks with so-called “public-private partnerships” being used in a growing number of states … the agency has been fraught with problems, the report charges, including misuse of taxpayer funds, exaggerated jobs claims, conflicts of interest, excessive executive pay and lack of basic oversight.

Here’s the reason why, mentioned by a few Democrats at the time Walker made the move, it’s a really bad idea. It's also a job for public employees:

"Privatizing a state development agency is an inherently corrupting move that states should avoid or repeal," says Greg LeRoy, executive director of Good Jobs First and lead author of the study in a statement. "Taxpayers are best served by experienced public-agency employees who are fully covered by ethics and conflicts laws, open records acts, and oversight by auditors and legislators."

Good Jobs First isn't the only one saying this:

Good Jobs First, a non-partisan Washington, D.C. research group that tracks government subsidies, on Wednesday released "Creating Scandals Instead of Jobs: The Failures of Privatized State Economic Development Agencies" as a follow-up to a 2011 report that warned of problems with the public-private partnerships or “PPPs.”

The report analyzes problems with PPPs in Arizona, Florida, Indiana, Michigan, North Carolina, Ohio, Rhode Island, Texas and Wisconsin in offering a roadmap for other states to avoid.