At 50%, Scott Walker has somehow gotten away with one of the most partisan and irresponsible governorship's in state history. With his soft sell and droopy eye'd empty stare, Wisconsinites are being lulled into a coma apparently. Still, there's some good news:

law, and two in three uninsured respondents said they planned to buy individual insurance through the government’s online health exchange. That’s up from 46 percent last year and 41 percent in 2010.

The big news in this poll show immense support for a public option, Medicare for all. Here's more: 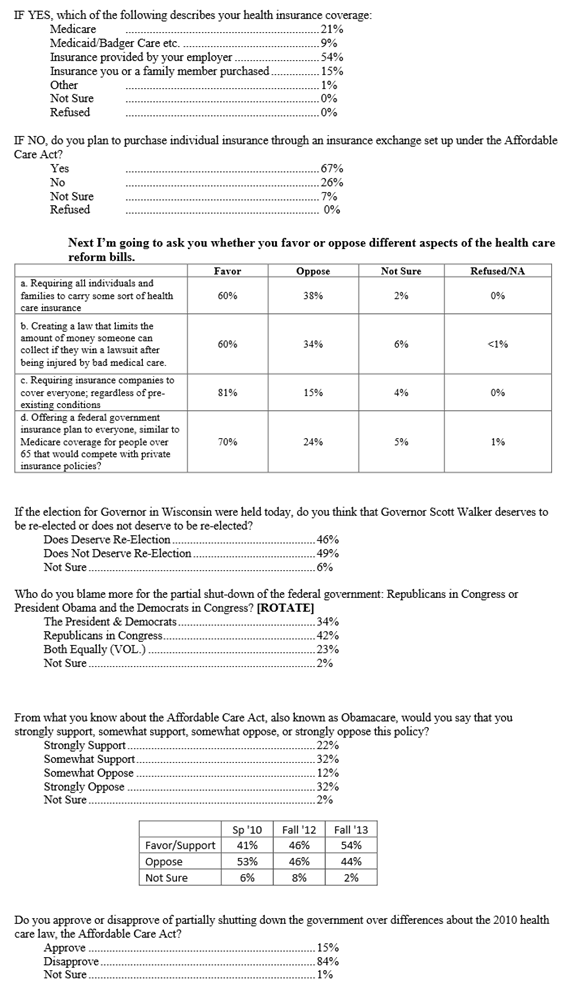