Just so we all understand the point radio cancer stick Vicki McKenna was making on her recent Facebook post, here's a little background:

WKOW: Harry and Hester Hale have lived in Stoughton for six years. Harry opened an envelope, with no return address written on it, to find a picture depicting the lynching of two African Americans. His 18-year old son's face had been superimposed onto one of the bodies. "This is something we've honestly never dealt with," Harry said.

The horror this family must be feeling, after receiving this overt racist letter, goes without saying...except in conservative world. Seeing an opportunity where no one with an ounce of common decency would normally think look, McKenna posted this tasteless comment: 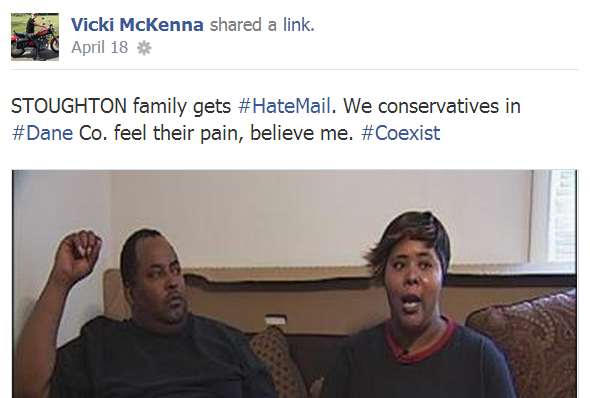 Wow. The poor oppressed conservative majority, as seen in the map below, who dominate radio, television and print media everywhere, can't catch a break. How will they ever find the courage and leadership to speak out in public without an Americans for Prosperity bus tour? 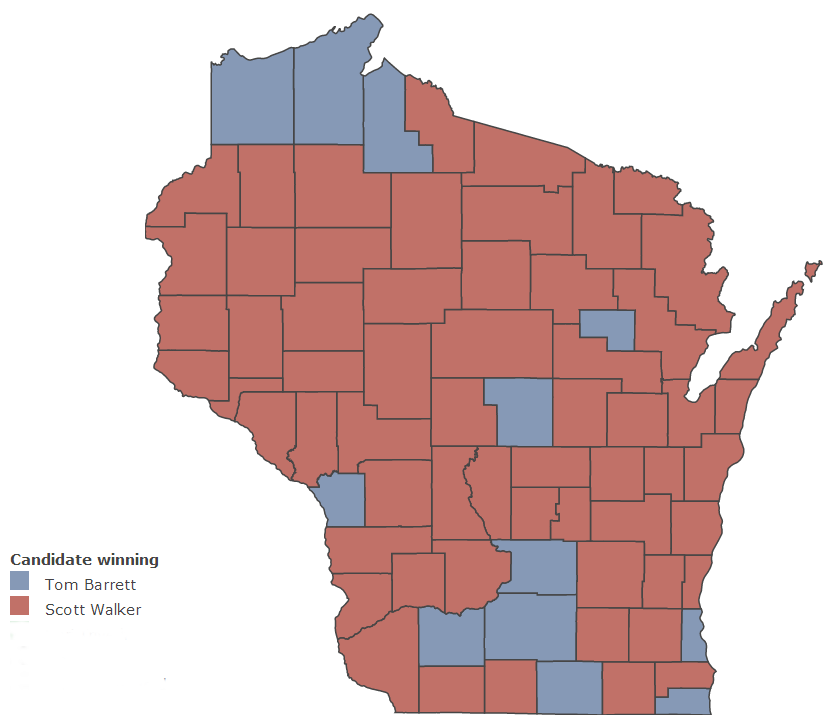