Too Many Laws on the Books by Big Government Politicians? You're talking about "small" Government Republicans, right?

I never did have enough time to look up the number of laws our small government Republicans passed in the last 3 and a half short years.

So imagine how thankful I was when I got this clueless reminder from Republican State Sen. Frank Lasee bragging about the last two years. Again, we're talking small government types here: 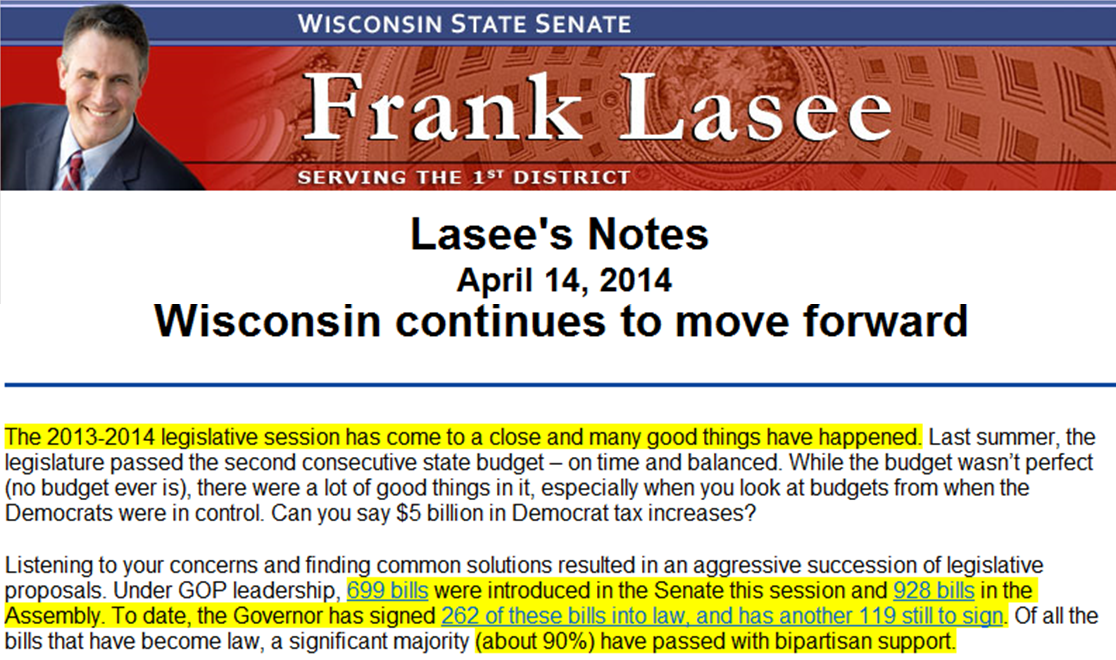 Funny, current Republican Speaker of the House John Boehner was measuring success by how many laws they could repeal. Isn't it fun having it both ways and not being called out for it? Until now.
Posted by John Peterson, Democurmudgeon at 4/16/2014 07:05:00 PM