Warning, Common Core not for Parents...

The title is true, in a way. Having gone through a pre-Common Core curriculum with my two boys, I never did understand what appeared to be a better way of doing math, but that's understandable- I wasn't in their classroom.

Bashing Common Core is easy, like the picture here posted by a frustrated father. Thanks to Vox.com, a great new service that explains these things, you'll see why parents don't have to be afraid. Check out all the links at Vox too, and send them to your idiot Republican legislator.

Remember, Common Core is all about understanding the how and why things work. Like the math problem below. You'll also see why we need teachers, and how important they really are: 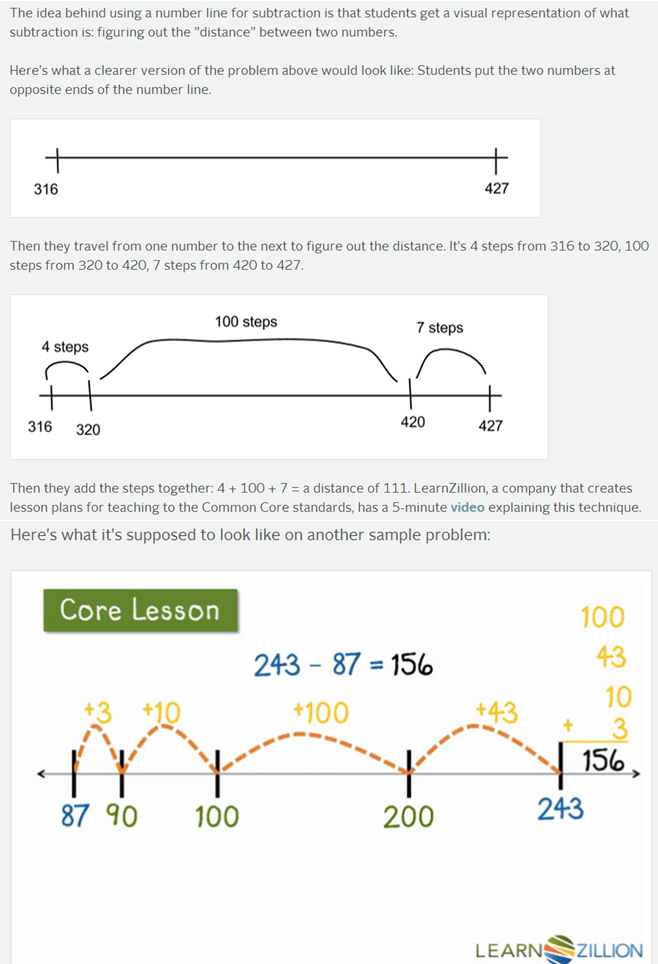 One goal of the Common Core math standards is to make American students better at applying math in real life — a skill that's crucial for science and technology jobs, but one at which American students are particularly weak compared with peers around the world. The theory is that if students understand why they do math the way they do, they'll be able to apply their skills more flexibly.

The underlying lesson: "Numbers aren't these brittle, fragile things that break," Dan Meyer, a former high school math teacher. "They can play with them in fun, flexible ways."

Students will still learn what's known as the standard algorithm, the way that their parents learned to multiply, divide, add, and subtract. But they'll also learn other methods that try to make the underpinnings of the standard method more obvious.

"What we want to tell parents to do is they don't need to teach the math," says Briars, the president of the National Council of Teachers of Mathematics. "What they need to help their children do is figure out, what is the problem asking you?"