Now we're supposed to believe tea party Republicans aren't as wacky as they appear, or that their dramatic move to the extreme right isn't a result of their general paranoid and authoritarian philosophy. 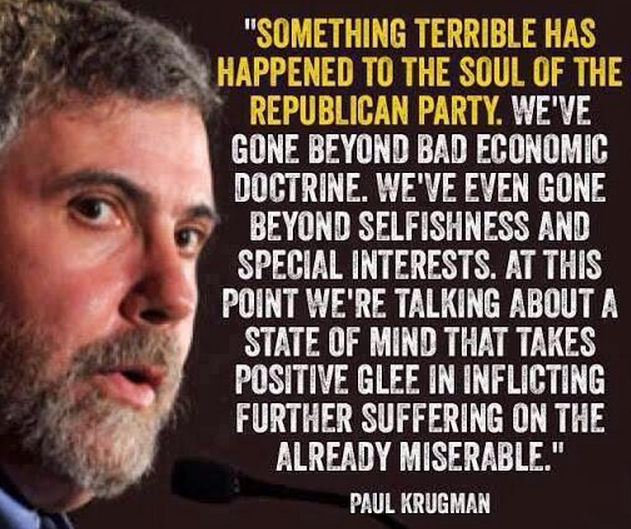 Suddenly, they're now the victims of their own party leaders, the same leaders they blindly followed using the same repeated talking points that replaced curiosity and information. Their own principled dictatorial conservative leaders are now coming after them.


"First they came for the Socialists, and I did not speak out-- Because I was not a Socialist … Then they came for me--and there was no one left to speak for me."-Pastor Martin Niemöller

Oddly, the media always compares these right wing teabillies with "the left," who they say are just as extreme, pushing for higher minimum wages, pay equity, hedging our bets on climate change, health care for all and support for public education. Ouch, they nailed us. The next thing you know "lefties" will demand more open and free elections.

Here's what's playing out in Wisconsin against the poor radicalized neo-confederate tea party: 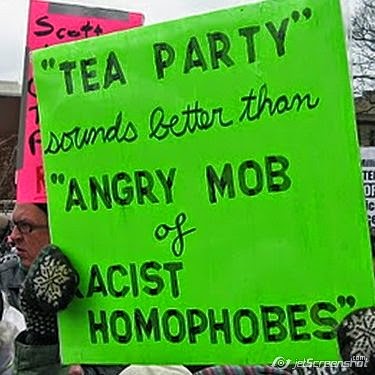 Dan Krueger, a Columbia County Republican (said) "What (Republican officials) are trying to do is marginalize the grass roots activists. They’re trying to make the constitutionalists look like fringe lunatics."

That would be hard to do. But one Republican State Senator pointed out a few other examples:


"They’re just upset with people who don’t agree with them on everything," State Sen. Luther Olsen said, ticking off several other issues where he disagrees with his party's right wing, such as repealing a law requiring DNA be taken from those charged with a felony, eliminating 4-year-old kindergarten, arresting government employees who implement Obamacare and retaining the right to secede.