Newspapers made a huge mistake when they gave up printing the latest local radio ratings. When they stopped, they inadvertently allowed Rush Limbaugh to create the false impression he was immensely popular. Here's a tweet from another "Stand with Walker" zombie twit:

No one is listening. In fact, Rush's rating are much lower than any time slot I had in my own career. And as a liberal, I was never given enough time to grow an audience. With Best of Madison awards and even being number two in the mornings, it never quite cut it. Take a look at old Rushbo's numbers. No one in radio could survive his ratings plummet. So don't blame liberals for not being able to grab the interest of listeners when Rush has essentially tanks and still has a job: 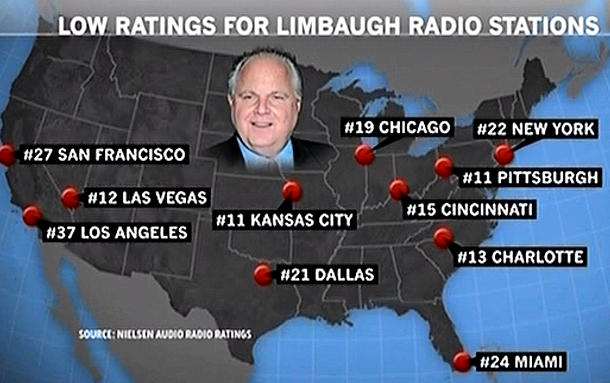