King Obama just decreed new clemency standards that effect those caught up in the draconian mandatory sentencing laws to fight drug crime. It was the Republican tough on crime campaign that again, proved to be not just unfair, but outrageously expensive. 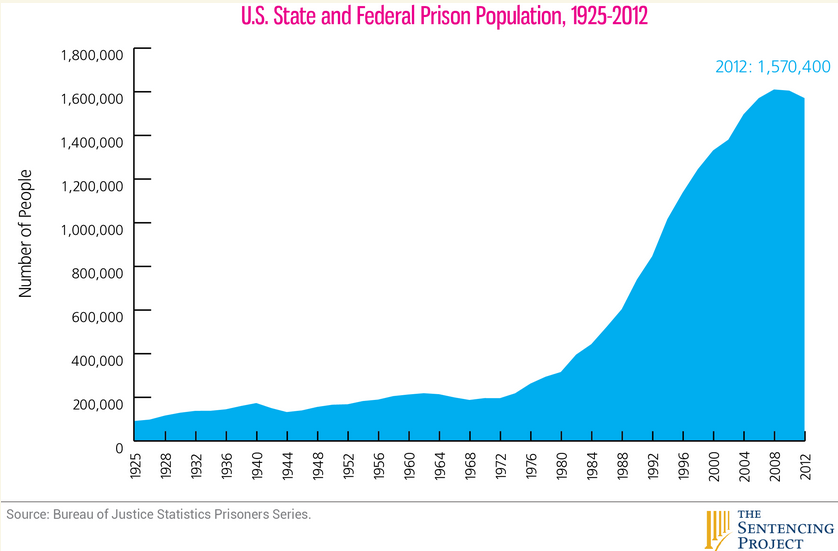 Vox: Conservative commentators and House Judiciary Committee chair Bob Goodlatte attacked the Obama administration for using executive power to solicit applications for commutation from inmates. They argued that Congress has the power to set punishments for federal crimes, and the executive branch doesn't have the power to change those punishments for particular criminals. Goodlatte accused Obama of "blatant disregard for our nation's laws and our system of checks and balances embedded in the U.S. Constitution."

Here's a great explanation from Rachel Maddow that details how Reagan gave us overcrowded prisons with tough on crime mandatory sentencing.