Right Wing Zombie Blogger likes "Free Country," but only to a point...

That's how the Rob Thomas article in the Cap Times started out, in reference to a new and locally made movie:

Schabow (is) getting push back from conservative commentators who, not surprisingly, aren't too crazy about being portrayed as brain-eating undead.

Enter the poor picked on tea party conservative, who questions just how far that First Amendment should extend:


“It is of course a free country and Mr. Schabow can create whatever movie, with whatever message, he wants,” Collin Roth wrote for the Right Wisconsin blog. “But
there is something a bit gross and unsettling about a man with Schabow's assumptions and prejudices making a movie that depicts a popular American political movement (one which includes tens of thousands of Wisconsinites) as bloodthirsty, brain-dead, killers.”

The horrors of depicting a "popular American political movement" like...the Democratic Party? Just for fun, I've included a few pic's below where liberals have been kicking this zombie idea around for awhile now... 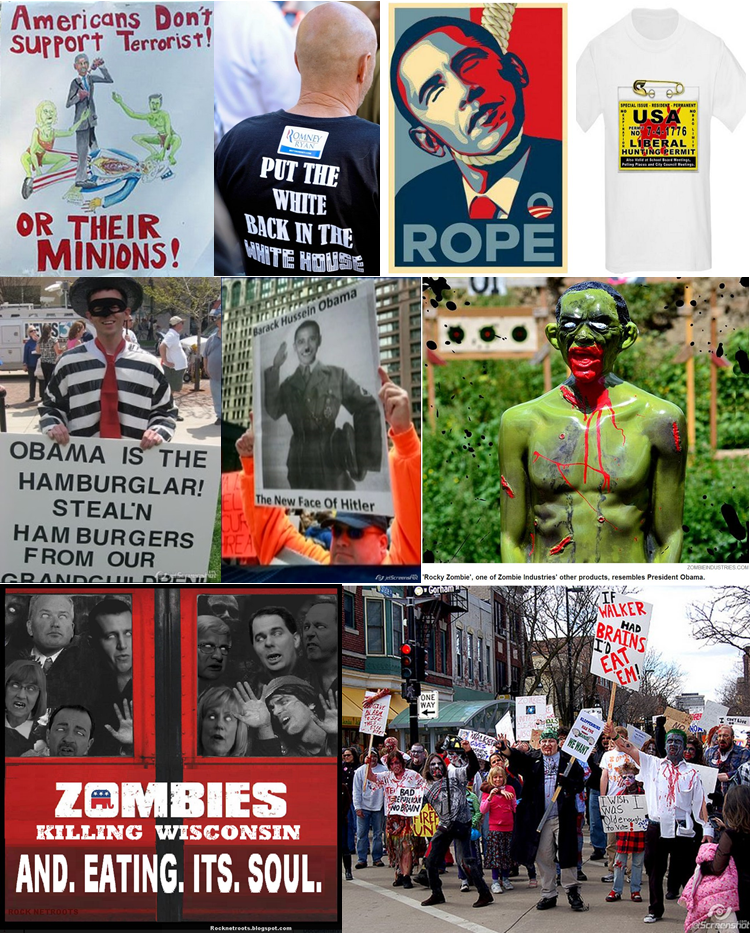