Seriously, are we living in a Republican dictatorship in Wisconsin or what.
Here’s another in a long list of examples where our dominating and coercive big government Republican majority knows what’s best for all of us. You’ll find this listed under the heading, “small government.”
Lake Geneva State Rep. Tyler August apparently doesn't respect enforcement of local laws if it conflicts with "what should be a free market system." It should? Tyler August is either unaware of or is spearheading a movement to cleanse the system of all rules and regulations, local or otherwise: 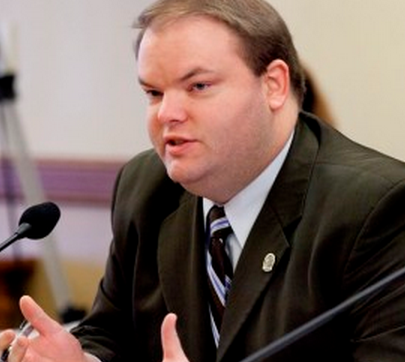 “It is disappointing to see the City of Madison using the power of government to punish individuals operating under what should be a free market system. If the City of Madison has enough resources available to waste on undercover enforcement of taxi ordinances, perhaps it is time to revisit the millions of dollars given to the city in shared revenue as the next budget process begins.”

Our current GOP leaders like to force change with an iron fist backed by threats, just like the founding fathers intended.

My office has already started looking into a legislative remedy to this situation.

Tyler August also helped author a bill and constitutional amendment that once gave California crushing deficits with the help of their own “no tax” Republicans; a bill requiring 2/3rds super majority for sales and income tax increases. To August, that was a success?