Americans were pushed into Food Stamps under Bush Republican Economics.

State Sen. Glenn Grothman hates food stamps so much that's he's decided to run for congress. Republicans increased the use of food stamps when they were in the majority under George W. Bush. For the party whining about our "food stamp President," facts continue to get in the way.

PolitiFact took a look at Grothman's claims about the increase, and revealed the unintended consequences of conservative trickle down economics. Of course things got worse after the GOP's experiment in free markets resulted in the Great Recession: 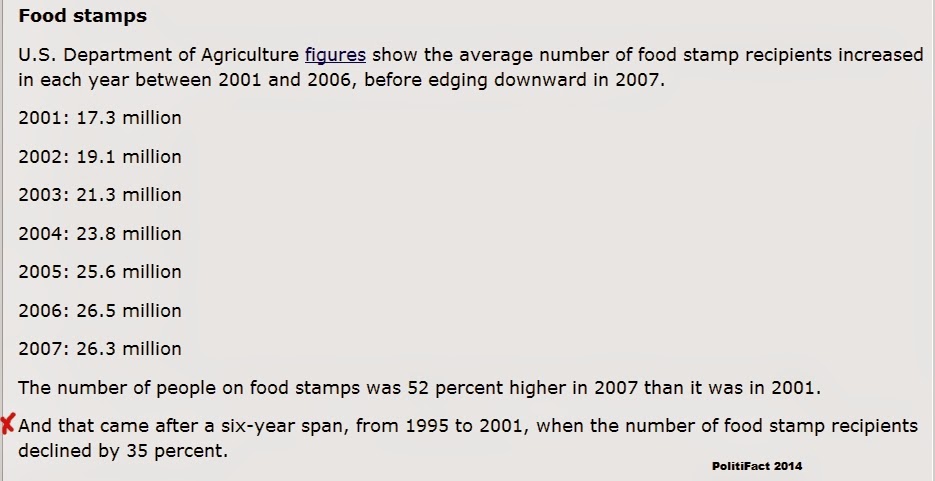 Welfare reform, the “Personal Responsibility and Work Opportunity Reconciliation Act (PRWORA),” did put in stricter conditions in place for food stamps eligibility, so the reduction under Clinton didn't all come from increasing employment and a near zero deficit. The reforms failure came in the form of keeping people in poverty by never lifting them out. It was almost impossible to go back to school because of the work requirements, and the wealth gap continued to grow.
Posted by John Peterson, Democurmudgeon at 4/10/2014 02:28:00 PM