Conservative voters can't be this gullible? Come to think of it, it did take the news media here nearly 3 years to call Scott Walker out on that lie. Well, here we go again, but in Florida.

According to Gov. Rick Scott, it appears former Gov. Charlie Christ also tanked the U.S. economy and shed nearly 1 million Florida jobs at about the same time Wisconsin's Democratic Governor Jim Doyle did. Great Recession? Never heard of it. From the conservative loons at Americans for Tax Reform: 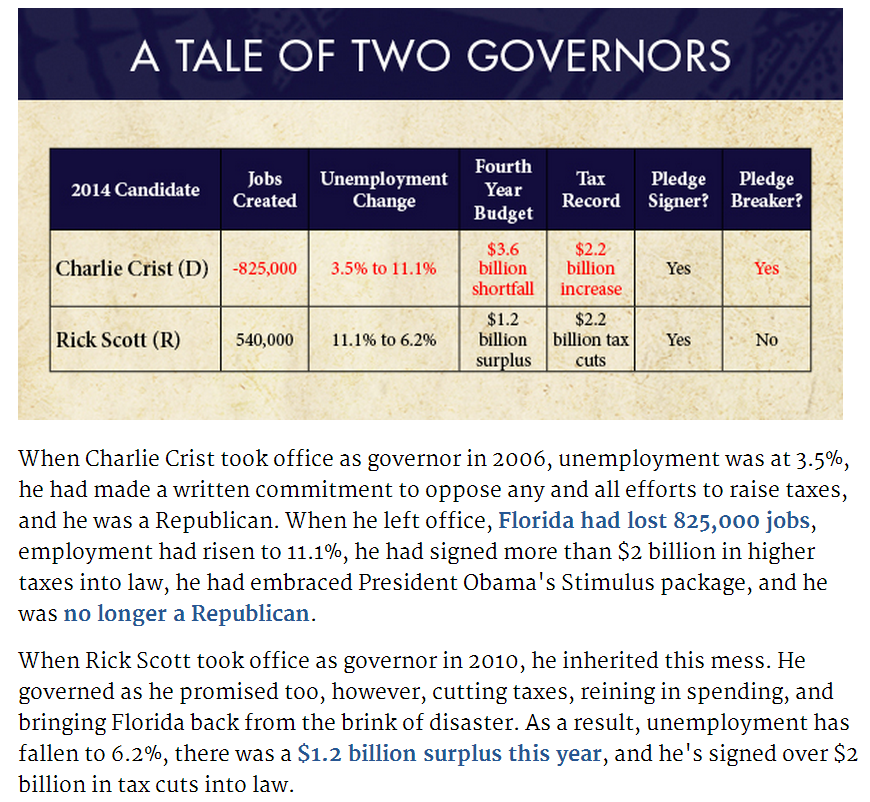 And like Walker, Rick Scott is taking credit for the state surpluses he and every other state is receiving due to the recovering U.S. economy, courtesy of Pres. Obama. If this works....
Posted by John Peterson, Democurmudgeon at 4/07/2014 03:51:00 PM