Why is Ron Johnson so dumb? The reason can be seen right there in his one big issue, the same issue that brought Johnson into the freeloading taxpayer supported Republican world of do nothing politics; Obamacare, otherwise known as the Affordable Care Act. Here's Johnson in a breathless panic over his perceived threat to freedom:

He's clueless. Ron Johnson’s company provided Cadillac insurance plan allowed him to seek out the best care for his daughter. That was while 40 million citizens and counting didn’t have health insurance at all. Every step of the way Johnson is determined to protect what he had, and has now.

And while he brags up the free market solution to health care, that same free market is seeing drug makers abandon unprofitable lifesaving drugs, leaving patients in agony and in incredible uncertainty. But Johnson can’t be bothered with such trivial matters. Check out how wrapped up he is in his own “I’ve got my health care, too bad about you” world of elitist, Ayn Randian dogma: 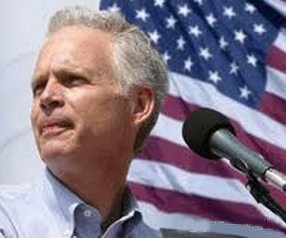 CNSNews.com: Senator Ron Johnson (R-Wisc.) said his daughter’s life was saved because his family had the freedom to find the doctors they needed to literally reconstruct her infant heart. Johnson also said the medical innovation that saved his daughter’s life will be stifled by Obamacare.

Johnson went on to say that it was the passage of Obamacare that drove him to run for the U.S. Senate. “During the initial health care debate when President Obama – and this may not be an accurate paraphrase but it’s exactly what he meant – [said] these money-grubbing doctors will take out a set of tonsils for a few extra bucks. I found that deeply offensive,” Johnson said.

Johnson unbelievably compares what is now a normally unnecessary operation like the removal of tonsils...to heart surgery.

“I told the story of our daughter, our first child, who was born with a very serious congenital heart defect,” said Sen. Johnson.  “The first day of [her] life, one of those money-grubbing – and of course I use that facetiously – a wonderful human being came in at 1:30 in the morning and saved her life with a procedure.

Here Johnson touts how great it is to have the money and insurance to pursue the best doctors and hospitals for his daughter’s treatment, a luxury a lot of Americans can only dream of having.

“The point here as it relates to the health care law is we had such a wonderful result because we had the freedom to actually call up Boston Children’s, Chicago Children’s and talk to the world’s best heart surgeons to find out what is the most advanced corrective surgical technique for this condition,” said the senator. Johnson said that doctors in Chicago, where procedures were more advanced than in his native Milwaukee, were able to use an innovative procedure that would allow his daughter’s heart to grow normally, giving her a chance at a normal life. Johnson said that the “happy ending” his family had may not be possible under Obamacare if the law stifles health care innovation.

Here’s where Johnson assumes innovation and medical advances will go away, like it has in every other industrialized country with universal health care (of course, I say that facetiously).

“Our story has a happy ending because we had that freedom,” said Johnson. “That’s what this health care law is all about, it’s an assault on our freedom. It’s going to lower the quality of our care. It’s going to lead to rationing. The types of medical innovation that saved my daughter’s life [and] that saves millions of Americans -- I wont’ say it’s going to come to a grinding halt but it’s going to be severely limited.”

That's assuming those who get into medicine, develop new treatments, technologies and drugs, do it  for the money. Who knows, maybe we're headed in that direction. Here's Johnson on getting birth control pills, from the Huffington Post: