Ryan says Discretionary Spending Out of Control under Obama? Guess not.

According to the CBO projections, discretionary spending is declining big time. But Paul Ryan says the country is near collapse. It looks more like Ryan is on his own little ego trip to a time 50 years ago when the country, and business climate, was a whole lot smaller. The graph tells the complete story: 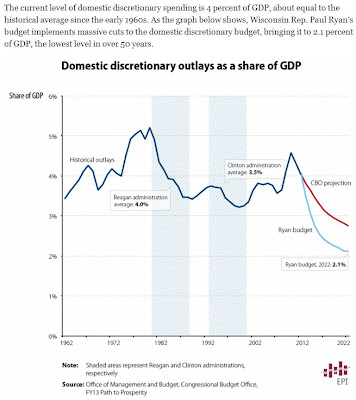 So what would happen to job creation under Ryan's plan, compared to the just released Congressional Progressive Caucus budget? According to EPI 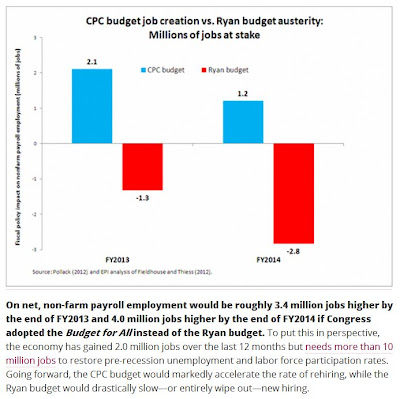