The media is consumed by this story. What, no outrage, no public anger over losing unemployment benefits a few days after Christmas? Could the timing be any worse? 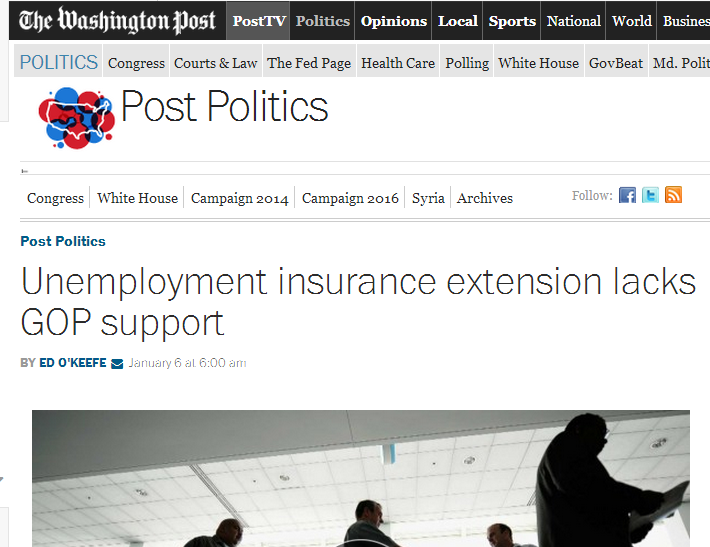 Others say rumors of an opposition party have been greatly exaggerated.

My simple point is this: No matter how draconian and cruel the Republican agenda gets, no one seems to care. Yet, that's all we ever needlessly debate. I say needlessly because starving people and forcing them out of their homes due to cutting off employment insurance benefits is really a no-brainer.

Media headlines don't reflect the American horror over the Republican position. To the press it's a political battle that sensationalizes and bolsters the GOP agenda, all the while making the yawn inducing liberal message of compassion seem stale and passe. This is an insurance program, not a handout, right?

Republicans are not only getting endless press over their act of utter cruelty to the families they say they support, but the media generated idea Republicans could takeover the Senate in the midterms is gaining momentum. That suggests there's no political consequence to killing off unemployment.

Additionally, the GOP is distracting and decoupling unemployment from their biggest failure yet, the Great Recession.  Think about it; unemployment is at 7%, with 3 applicants for every 1 job: 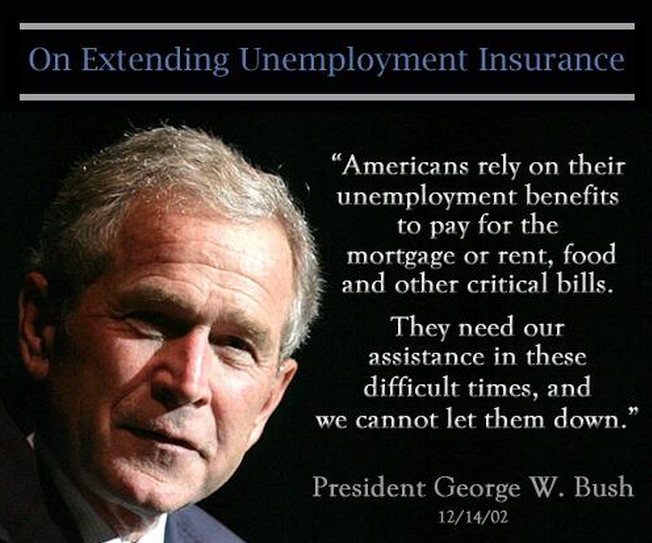 Spokespeople for Alexander, Chambliss, Isakson, Portman and Wicker said Sunday that the senators plan to vote against the Reed-Heller plan because the cost of extending the program isn't offset by spending cuts. The unemployment insurance program was first expanded during George W. Bush's administration with broad bipartisan support when the nation's unemployment rate hovered around 5 percent.

Even worse, Republicans like Gov. Scott Walker are allowed to get away with the bitter cold portrayal of the unemployment debacle as a "distraction" from the troubled Affordable Care website. That's how I read his latest tweet:

That's if they still have a home to live in.