Sshh, don't mention the Great Recession. The two charts below are being used by the right wing bumblers at the MacIver Institute to prove just how bad raising the minimum wage would be for the poor. Workers would even get their hours cut. Ouch.

Um...the Great Recession? Like Scott Walker blaming former Gov. Jim Doyle and Mary Burke for job losses around...2008, the MacIver Institute is blaming high unemployment on a hike in the minimum wage around...2008.

What happened around 2008? Oh yea, their glorious Great Recession.

Take ownership guys, after all, all your charts are base on it. 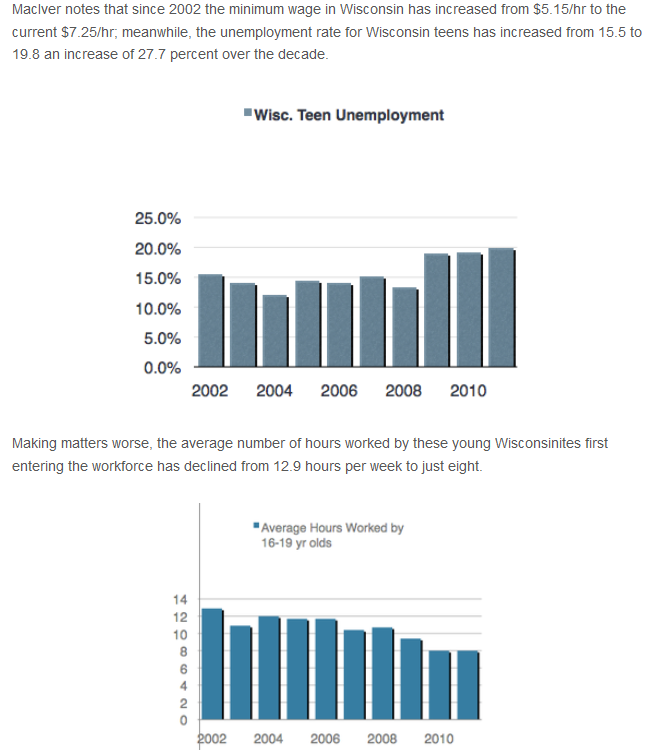