Jogger gives "Bird" to Teabilly Squatter Scott Walker in Governors Mansion, back in 2011.

The State Jounal's "On the Capitol" column wrote about this Google Maps photo, explained below: 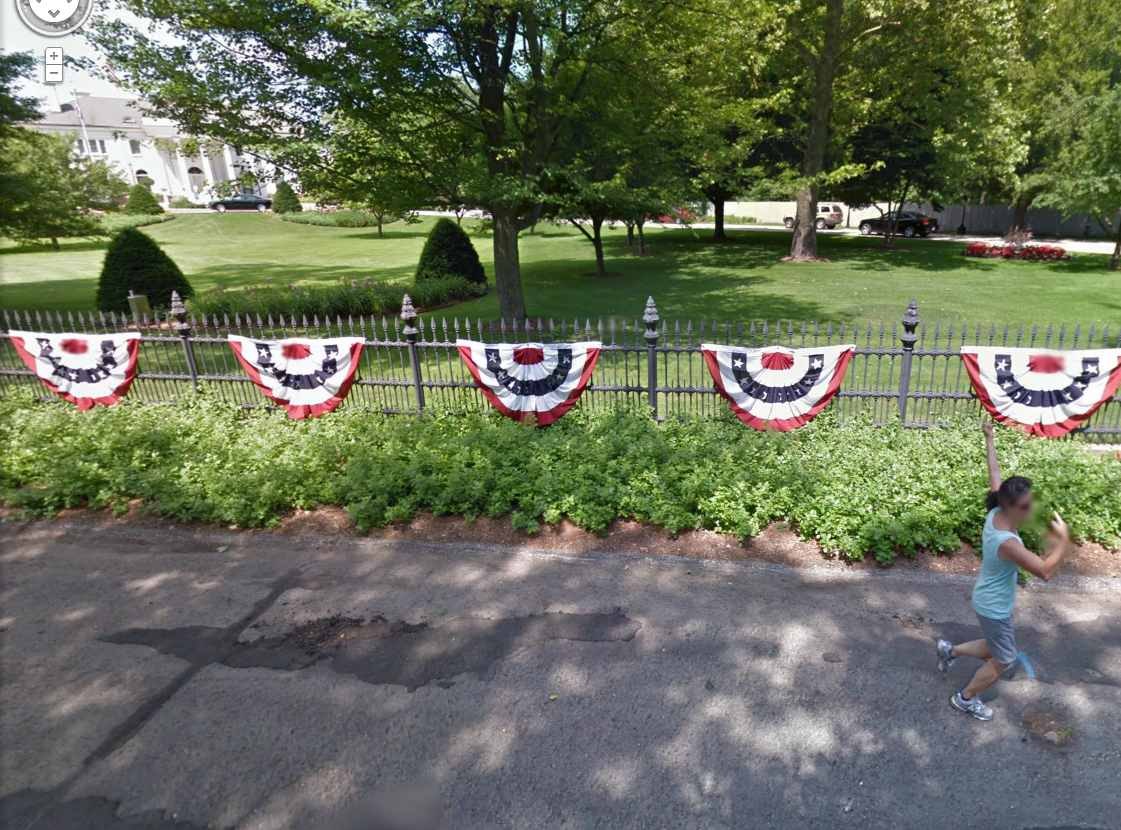 It seems remnants of that unique time live on not just in our memories, but also in unusual places — like Google Maps.

Back when Google Street View was in town capturing updated images of Madison in summer 2011, it drove past the Governor’s Mansion in Maple Bluff one day in June at the same time as a jogger or speed walker who apparently wanted to show her opinion about Walker for all the world to see.

It involves a raised finger and her pointing to the mansion. Or, as Christian Schneider, the conservative Milwaukee Journal Sentinel columnist who disclosed the photo this week, called it, “the new official Wisconsin salute.”