Republicans, the party so closely tied to guns, hunting and promoting the great outdoors, exposed as city folk fakes.

And who can forget the United Sportsmen’s debacle, where a Koch front group of political lobbyists tried to sell themselves off as hunting and fishing enthusiast? Since when is the Republican Party of elites, big money, big corporate donors, billionaires, the NRA, and Wall Street wimps concerned about hunting?

Exposed: What else could explain the jaw dropping disconnect between Wisconsin’s hunting tradition and the clueless recommendation by Scott Walker’s deer czar from Texas; register deer kills via the internet; smart phones and home computers.
Hunters Outraged: 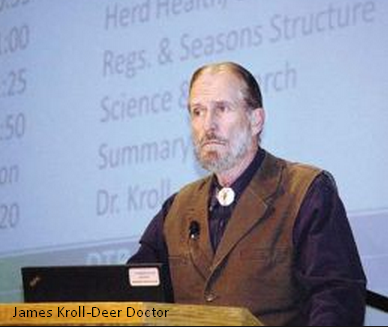 WSJ: Wisconsin deer hunters have for decades hauled their kills to roadside taverns or gas stations to be counted, hanging around after the work was done to slug beers, swap stories and show off their trophies … the state Department of Natural Resources proposes moving to online and telephone reporting as soon as this fall.

Gov. Scott Walker’s deer adviser, Texas researcher James Kroll, proposed the switch as a way to tally kills faster, save money and make registration more convenient for hunters. But tavern and convenience store owners who for 70 years have relied on registration to draw in hunters worry about the loss of business, and DNR officials warn they could lose detailed biological data on the state’s herd and tissue samples used to test for chronic wasting disease.

Republican legislators see hunters as just voting guys with guns, who should be their lifelong friends because of a concealed carry law, which had nothing to do with hunting.

“It affects the culture. It affects the local economy,” said Lee Fahrney, a deer hunter and spokesman for the Conservation Congress, a group of sportsmen that advises the DNR on policy. “It just affects the whole social underpinnings of the annual deer hunt.” Currently, there are 626 places hunters can go to register their kills, including DNR-run stations, taverns and convenience stores. DNR workers staff 100 or so stations during the popular nine-day November gun hunt to collect age and gender data from deer, and tissue samples for chronic wasting disease testing. The agency uses data from that hunt and others to tally kills, track buck mortality and gender ratios, and assess deer health and antler characteristics. The new rules would eliminate in-person registration across all deer seasons in an effort to maximize savings.

Wanda Dogs, who has been registering deer for 15 years at Dog House Tavern in Elroy, predicted the switch would hurt business. “Deer hunting’s a national holiday around here,” she said. “Lot of money you could stand to lose. It helps the whole community, not only our station, but it helps everybody when you have these hunters about. They run to the stores, they run to get gas.”

The DNR report suggested business owners could still attract hunters by offering them the use of a computer to complete online registration.

“Sometimes when you pull into a registration station and you see a crowd around a vehicle you can bet there is something special,” Stan Brownell, a Sparta deer hunter and Conservation Congress executive council member, wrote in an email to Fahrney. “Maybe a neighbor or someone you know hunts in the same area and they get something special and you see that and hopes arise for future deer hunts for your kids.”

The board’s chairman, Preston Cole, said, “There’s a whole culture that has evolved around showing up around the deer-check station.”