As it turned out, that "job killing" tax increase on the wealthy didn't decrease their spending at all, and didn't hurt their ability to still put away huge amounts in their savings accounts. 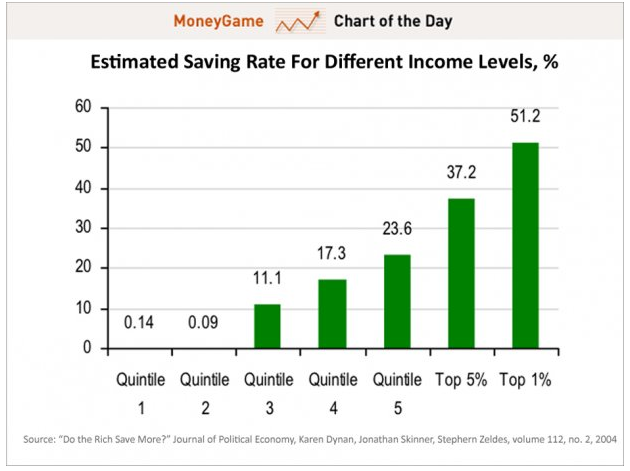 Harris and Drew Matus (say) people making more money save a bigger chunk of their paychecks. Harris and Matus … believe this buffer will blunt the impact of recent tax hikes. "We believe that the recently legislated higher household sector taxes in 2013 considerably overstate the related negative consumption impacts," they write.

The Bad News we Already Knew: I received this interesting note from my Wonkblog email:


Obama wants businesses to raise pay. Here's why they probably won't listen. "Companies have discovered that precisely by keeping wages lower, they have been able to boost profits to record levels and fulfill their ultimate goal: rewarding shareholders. In a report released earlier this month, Goldman Sachs chief U.S. chief economist Jan Hatzius noted that the strength in corporate profits is "directly related to the weakness in hourly wages."" Jia Lynn Yang in The Washington Post.