Since we know former Gov. Doyle did not cause the Great Recession, it seem almost ridiculous to hear the head of the state Republican Party continue to blame him for it. Is WISGOP's Joe Fadness stupid? But do keep it fresh in our minds, Joe, how Republican free market policies caused the the Great Recession, wiping out jobs and businesses in Wisconsin.


Does this also mean Republicans will give up saying, "Oh sure, blame Bush," or will they successfully have it both ways from an uncritical media?

Cheap shot artist, and not too smart: Fadness is shocked Doyle donated money to Mary Burke’s campaign. He thought money went only to Republicans? Maybe the legislature can "reform" that too.

Before the Republicans took over in D.C., we were looking at “surpluses as far as the eye could see,” remember? Heck, read Fadness’ reminder of how bad things got under GOP control:

jsonline: Joe Fadness, executive director of the state Republican Party, was quick to criticize the donation. "Mary Burke and Jim Doyle set Wisconsin into a downward spiral, and it's no surprise that this same team is funding and advising Burke's campaign to take Wisconsin backward," Fadness said. 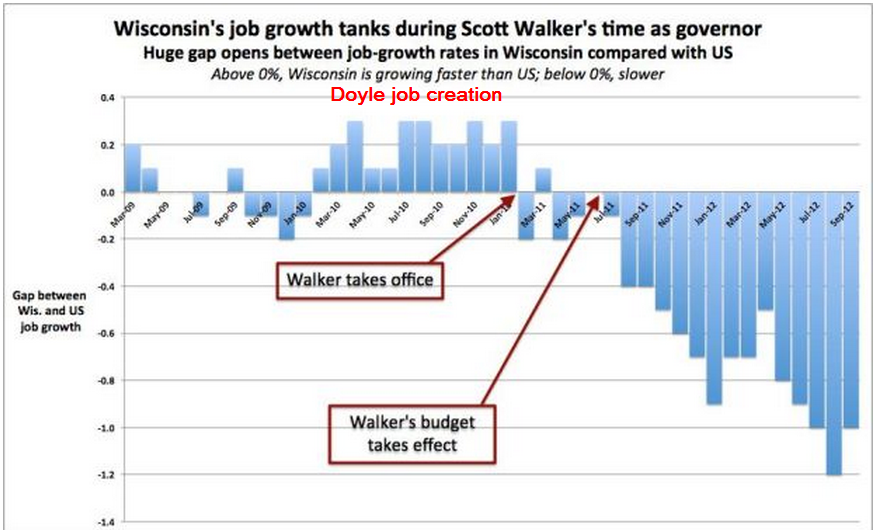 Fadness should also check the calender. In fact, Burke wasn't really there to for the plunge (Feb 2005 to Nov. 2007. And yet, after all is said and done, Doyle’s job creation numbers were on the upswing.

Burke's campaign would be wise to thank Fadness for keeping the Great Recession front and center.
Posted by John Peterson, Democurmudgeon at 1/11/2014 10:49:00 PM