Add Cuts to Energy Assistance to Cuts to Unemployment. The Sequester marches on...

Austerity is a bitch to talk about, so don’t expect this story to make Fox News anytime soon.

Just in time for one of the worst winters ever, Congress decided to make your life even shittier! While temperatures dip to below -50 degrees in some places, many Americans who could previously count on aid from the government to help offset heating costs are getting shut out by the government this year.

The silent killer in all of this is the GOP sequester. While Republicans continued repeating the same rhetoric about cuts to spending, behind the scenes the sequester does its damage.

Sequestration's budget cuts last year meant that thousands of families were left in the cold this winter. Congress cut funding for the Low Income Home Energy Assistance Program by about $155 million, and total funding has decreased from $5.1 billion to $3.32 billion since 2010.

Via Jezebel, these Huffington Post graphic tell the story: 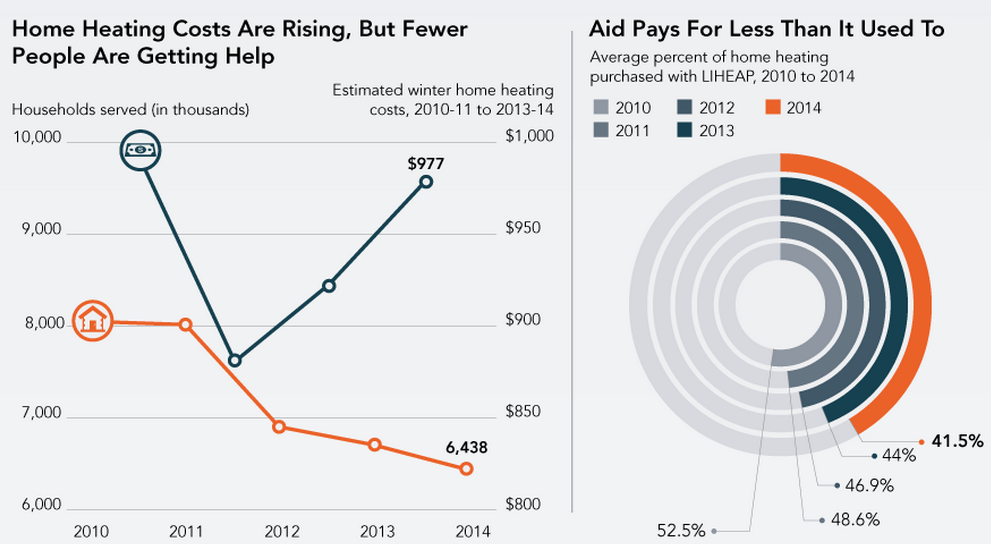 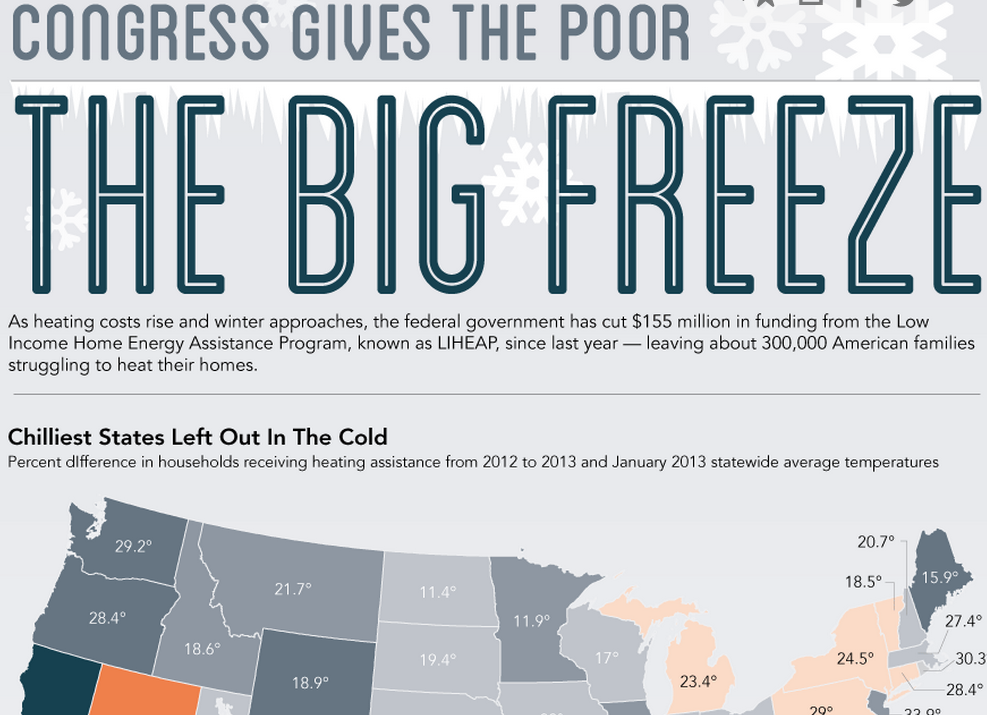