Will UW be run by Republican from ALEC?

ALEC writes model legislation used by Republicans in every state. ALEC reflects the will of business and the wealthy. ALEC is part of a fascist movement in this country that’s getting very little attention by the major media outlets. There’s no logical explanation for it, except that it might make them look “liberal” if they brought it up. You could call them intimidated.

Example: ALEC wasn’t brought up in one long jsonline articleabout UW Chanceler candidate and finalist Robert King. Is that possible? But in another more general column about all the candidates, it is mentioned, but not as a partisan negative.

Thankfully, the online Cap Times reported this major detail because it matters. Should the public know that it’s possible their new president is a former Republican legislator and education privatization advocate at ALEC? It’s not like ALEC is still a mystery, despite the near media blackout of their influence and name. 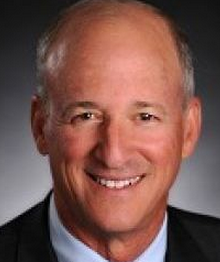 Is a former politician and American Legislative Exchange Council (ALEC) captain on education reform a good fit for president of the University of Wisconsin System?

The UW Board of Regents will decide this week as they vote whether to hire Robert L. King, president of the Kentucky Council on Postsecondary Education, one of three finalists to replace outgoing president Kevin Reilly … other finalists; Raymond Cross, chancellor, University of Wisconsin Colleges and University of Wisconsin-Extension; Peter H. Garland, executive vice chancellor/chief operating officer, Pennsylvania State System of Higher Education.

In the one jsonline article that mentions King’s involvement in ALEC, these few tidbits should provide multiple red flags for Wisconsinites:

In 1995, New York Gov. George Pataki, who had served in the Assembly with King, tapped King to be chancellor of the State University of New York, or SUNY … During his more than five years as SUNY's chancellor, King was accused of putting the governor's interests first and focusing more on meeting Pataki's budget goals than keeping tuition low. Under King, tuition for state residents at the four-year colleges rose 28%.

Gulp. Not one local 6 o’clock newscast mentioned his affiliation. Who will be surprised when King is picked to lead the UW?
Posted by John Peterson, Democurmudgeon at 1/06/2014 08:14:00 PM