How is it possible a Party can say this and get away with it?

This is just one example of many that should stun the senses, but never does: 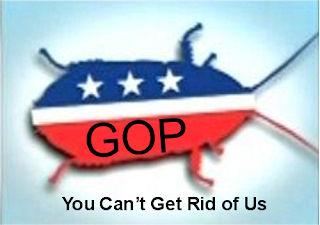 "I don't think it's a matter of what we put on the floor right now," said Rep. Greg Walden of Oregon, who heads the party's campaign committee. He added that what is important is "trying to delay Obamacare."

There is no alternative being offered. None. And those ideas proposed by a few Republicans? The party says they would never get enough votes to pass. This is governing?
Posted by John Peterson, Democurmudgeon at 7/21/2013 02:21:00 PM