Head in the sand Republican voters don’t mind lousy job growth, choose to ignore/or are clueless about our lousy job numbers! Even hate the very government Republicans are giving them.

I’d like to say there might be hope for Republican voters, but after reading the current polling numbers, forget that. The Marquette Law School Poll is frustrating.

If it wasn't for the one issue low information conservative voter, the Republican Party would collapse.

That’s why despite lousy job numbers and an inability to attract business, hard core one issue voters will stick with their struggling “leaders.” 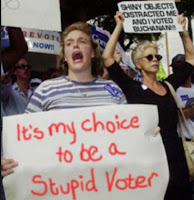 What matters to Republican voters is the party’s wall of distractions, not the real numbers. Like those that believe we're “creating jobs faster than or at the same rate as other states.” Really?

They apparently don't read the papers. There's also proof that the state’s economy, jobs and business creation doesn't matter. Look how high the approval ratings are for Walker’s failure to perform, and even higher for those who wrongly believe we’re kicking other state's asses. You can’t fight this kind of fiction:

jsonline: Republicans who saw the state lagging behind on jobs gave Walker an approval rating of 63%, compared to 87% approval by those who said the state was holding its own or doing better on jobs.

I’m encouraged by independents though: