Concealed Gun Owners Need their "Leaders" like a Baby Needs their Pacifier. Crazy Sheriff Clarke is a Lifesaver.

I saw this story at Cognitive Dissedence and checked out the Journal Sentinel story for myself. It’s just more craziness from Sheriff David Clarke and his loyal gun toting toadies. 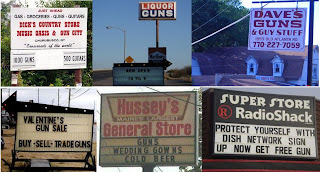 For a party that likes to think of themselves and rugged individuals, exercising their freedoms and liberties, they sure need their designated “leader” for guidance and protection.

The US Concealed Carry Association must think we’re all pretty stupid if they think we don’t see what they’re trying to do; they want Sheriff Clarke to use taxpayer money to put out campaign ads disguised as public service announcements so this wacky law(less)man gets reelected.

These brave courageous armed American thugs actually said this about the county supervisors attempts to ban taxpayer spending on what are essentially campaign media ads for Clarke, because if would…:

"Lifesaving?" Without Clarke’s help, these guys would be helpless or dead apparently. They need their “leaders” like a baby needs a pacifier.

The calls and emails have been pouring in … an appeal by the United States Concealed Carry Association on behalf of Clarke … opposing legislation that would "prevent Sheriff Clarke from making these lifesaving announcements. Basically, he is a hero who shares our ideals and principles."

(Supervisors Jim "Luigi" Schmitt, Peggy Romo West) said nearly all the contacts came from out of state. West said they'd probably have no influence on how she'll ultimately vote on the issue. Schmitt, Jursik and Bowen voted in favor of the ban during a June committee meeting. West was not present for that vote.

Out of state? Hey, weren’t all the Madison protesters from out of state and therefore not a real reflection of public sentiment for Act 10? Well, the tables have turned…
Posted by John Peterson, Democurmudgeon at 7/17/2013 01:30:00 PM