What the Republicans did to the farm bill is so breathtakingly cruel, that it really is beyond words. Democrats tried to describe it and came close, but…

On the “promise” they would bring it up sometime in the future, Republicans could not promise what would be in the new standalone food stamp bill. That’s even worse. From Market to Market:

The Farmers Union released this statement: 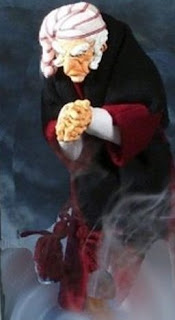 Wisconsin Farmers Union denounced the deeply flawed and highly partisan Farm Bill that was passed by the House of Representatives on Thursday. The bill eliminated market stabilization for dairy, left out critical cost-saving and conservation measures, and failed to re-authorize nutrition programs for the food insecure. The bill also repealed the 1938 and 1949 permanent farm law, striking a blow to farmers’ leverage for seeking improvements in farm programs in the future.

“The Republican-dominated House of Representatives turned their back not on farm families all over this country but on seventy five years of good law. I am especially disappointed with the five members of the Wisconsin delegation who ignored the recommendation of nearly every major farm organization in the nation, which was to keep farm and nutrition programs together.” Congressmen Ryan, Ribble, Duffy, Sensenbrenner, and Petri all voted for the House Farm Bill that passed on Thursday. Earlier this month, a coalition of 532 farm and agriculture organizations signed a joint letter urging Congress to retain the nutrition title as part of the Farm Bill.

It should be mentioned the Democratic Party supports farmers. Voting against this assault on farmers and the poor: Mark Pocan, Ron Kind, and Gwen Moore.

Trust Foreign Food Importers? Republicans do: You want smaller government, than swallow this one:

WSJ: FOOD-SAFETY INSPECTIONS: Voting 198 for and 226 against, the House on ﻿Thursday defeated a bid by Democrats to require the Department of Agriculture to conduct annual food-safety inspections in countries that export egg products, meat and poultry to the U.S. ﻿A yes vote was to increase ﻿food inspections overseas.