Republican Anger and Envy: The Odd Case for Killing Food Stamps, and the Consequences.

Republicans don’t seem to want to get it; the Great Recession wiped out millions of large and small businesses and the jobs that went with them; 40 years of wage stagnation....the reason so many people are now on food stamps.


Instead of looking at the reason why so many people are on food stamps, and solving that problem first, they’re going after, vilifying and trying to kill the program that feeds so many working Americans.
New research is now giving us a look at the unintended consequences of teaching these food freeloaders a tough lesson in life: 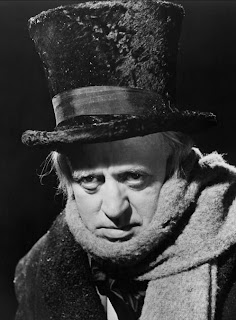 NY Times: Nearly half a million people … would lose their eligibility for the (food stamp) program under proposed cuts that are expected to be taken up again by Congress. An additional 160,000 to 305,000 recipients who do get enough to eat would also lose their eligibility and the ability to adequately feed themselves. In total, about 5.1 million people would be eliminated from the program, according to a new report.

The Health Impact Project, a Washington research group, released a study on Tuesday about the impact of the proposed cuts to the food stamp program … (by) the Robert Wood Johnson Foundation and the Pew Charitable Trusts.

The report said cuts to the program would not only affect the ability of low-income households to feed themselves but would also increase poverty ... a lack of food would lead to increases in illnesses like heart disease, diabetes and high blood pressure among adults … In children, the cuts would lead to higher rates of asthma and depression. Diabetes alone could increase federal and state health care costs by nearly $15 billion over the next 10 years, the report found.

“We wanted to make sure that health is part of the debate,” said Dr. Aaron Wernham, the director of the project. “There is a large body of public health research which shows how food insecurity affects health.”

Yes, that’s important, and would seem to be the most convincing argument yet:

The $20.5 billion in cuts is expected to be the starting point for a new measure, and the Health Impact Project used that amount as the basis for its study. The food stamp program has become a target for conservatives in Congress as it has grown over the past decade. Nearly 48 million people currently receive food stamp benefits, and the program costs about $80 billion a year.

Dr. Wernham said “It’s a trade-off between paying for rent, medicine or food,” he said. “Policy makers need to understand what the health impacts are going to be if they make the kinds of changes they are considering to the SNAP program.”

This “kill food stamps” movement, which includes those hungry drags on our society, is really a denial of the historical reason these programs became law in the first place.

This is disaster capitalism; a situation in which a government takes advantage of a major disaster (Great Recession) to force people to accept economic policies they would never normally permit.

Are there no work houses? If jobs are scarce and you’re desperate to feed your family, you would be at the mercy of whatever business wants to pay you. The term “job creator” didn't really apply to business, it was another more acceptable name for “wealthy.” Businesses don’t exist to create jobs, they’re in it to make money with as few people (jobs) as possible.
Posted by John Peterson, Democurmudgeon at 7/31/2013 04:39:00 PM