Arrogant Rep. Petri discounts voter opinions for his own "long-held beliefs." "Hire someone else" he says.

Republicans are always talking about listening to the people back home. They’re doing what their constituents want, by leading and making the tough decisions.

All bullshit, excuse my French.

If you talk to Republicans Rep. Tom Petri, his constituents don’t know anything. After all, Petri has the wisdom of 70 years of life and 3 decades in Congress, how dare the public riffraff question what he thinks is best for all of us. 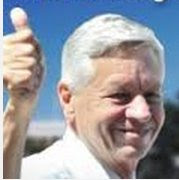 Post Crescent: A new survey of residents of Wisconsin’s 6th Congressional District indicates their point man in Congress is at odds with a majority of constituents on immigration and gun control. Rep. Tom Petri’s annual constituent survey found a whopping 56 percent support providing a pathway to citizenship for undocumented immigrants and 59 percent want expanded background checks for gun buyers.

Oh wise sage, what can be done about the common folk's petty desires?

The survey results haven’t changed his mind. Petri said in an interview that he listens to constituents’ opinions and takes them into account, but he also factors his own knowledge into the equation — wisdom culled during more than 70 years of life and three decades in Congress.

If you don’t like it, try and vote me out:

Petri said if voters are unhappy with that or want him to disregard long-held beliefs …well, “then they’ll have to hire someone else.

Will voters take that lying down? Petri lives by this Humpty Dumptism: “When I use a word it means just what I choose it to mean — neither more nor less."

I try to do the best I can to represent the best interests of the people of our district, and I think they expect me to listen and learn and take into account what they say in questionnaires but also learn other information,” Petri said in an interview Friday.

What is that magical ingredient, “other information,” that makes Petri so wise? He's not saying.

This is what Republicans mean when they listen to their constituents and carry out the will of the people. They’re really just spouting more empty well-rehearsed slogans. How do they put up with us?
Posted by John Peterson, Democurmudgeon at 7/22/2013 03:03:00 PM