“We want to know how we can love you more.”

Sounds like a nice offer from a professional prostitute, doesn't it? Well, that’s Lt. Gov. Rebecca Kleefisch, in a very private moment, in the throws of making love to business. 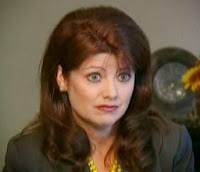 WSJ: “We want to know how we can love you more.” Kleefisch told the group of about 30 executives, managers, accountants and others during the 1-hour, 40-minute session … business operators argued — sometimes forcefully — for lower taxes and more financial incentives for commercial interests.

“Free market?” What free market? Companies are getting favors no single voter can get for themselves or their families.

Never before will you see business so needy, so vulnerable, and so victimized by their own government and social obligations. In the closed door meeting presented below, corporate greed didn't hold back.

Kleefisch didn’t intend for video her staff shot at the Beloit meeting to be released to the public. But the State Journal requested the footage under the state Open Records Law. Kleefisch said she doesn’t think the video is a public record, but she released it anyway to avoid further distractions.

Ending State Competition for Business: Yes, it would be extraordinary for the federal government to stop competitive bidding between states to attract businesses, but whose paying for what is easily considered corporate welfare? The American public, who has had to make up for every tax credit and grant handed out to "free market" private businesses. And it should stop now.

ABC Supply Inc.’s owner is billionaire Diane Hendricks, who has been among Walker’s top campaign donors. ABC’s tax director, Scott Bianchini, said the state should stop disclosing how much residents pay in taxes, saying the information is used for “sabotage.” Contacted Thursday, he wouldn’t say if he was referring to 2012 newspaper reports indicating Hendricks paid no taxes in 2010 because of a change in her company’s structure.

Walker/Republicans Serve Business, not Voters: This example of corporate "entitlement" is so extreme, how could it not result in a few less Republicans after the midterms:


Bianchini told Kleefisch that tax credits for businesses are too stingy because some can only be applied to taxes owed to the state. The state should pay the credits in cash to companies that didn’t earn enough to have tax bills, Bianchini said. “That company needs that money that year,” Bianchini said. “This is going to require Wisconsin to take a chance on the people they are asking to come into the state.”