It’s not like the government won’t secretly wiretap citizens.


Every one of the conservative activist justices are on board with wiretapping. And from what I've seen in GOP legislatures around the country, with voter suppression and their own interpretations of the constitution, I don’t trust them with wiretapping. 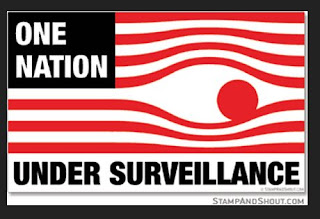 Wired: A divided Supreme Court halted a legal challenge Tuesday to a once-secret warrantless surveillance project that gobbles up Americans’ electronic communications. The 5-4 decision concluded that, because the eavesdropping is done secretly, the American Civil Liberties Union, journalists and human, rights groups that sued to nullify the law have no legal standing to sue, because they have no evidence they are being targeted by the FISA Amendments Act. Some of the plaintiffs, which the court labeled “respondents,” are also journalists and among other things claimed the 2008 legislation has chilled their speech and violated their Fourth Amendment privacy rights. Joining Alito were Chief Justice John Roberts, and Justices Anthony Kennedy, Antonin Scalia and Clarence Thomas.

In dissent, Justice Stephen Breyer said standing should have been granted. He said that the spying, “Indeed it is as likely to take place as are most future events that commonsense inference and ordinary knowledge of human nature tell us will happen.” Signing the dissent were Justices Ruth Bader Ginsburg, Elena Kagan and Sonia Sotomayor.