Unemployment rates Increase in most Wisconsin Cities in May. Thank you Scott Walker! 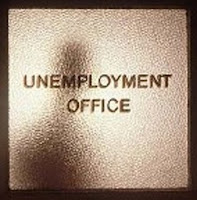 While Gov. Scott Walker was given a pat on the back by the U.S. Chamber of Commerce for a “successful state strategy for job creation and economic growth,” reality was hitting many Wisconsinites directly in the pocketbooks.

Business Week: “Unemployment rates increased in most Wisconsin cities in May. Unemployment increased in 25 cities with a population of 25,000 people or more. Racine had the highest at 13.4 percent. The city of Wausau’s seasonally unadjusted jobless rate rose from 10 percent in April to 10.7 percent last month.

But that's not all. Nationwide employment is at a standstill.


AP: Sour reports Thursday on the number of people who sought unemployment benefits and buyers of new homes illustrate what Federal Reserve Chairman Ben Bernanke acknowledged Wednesday: Many factors weighing on the economy are proving to be more chronic than first imagined.

Sadly, this shouldn't be a surprise either after many manufacturers changed their business model to one that is more seasonal, adjusting the workforce with part-timers when demand is up. That's on top of offshoring jobs.