The Public is on the Opposite End of the Republican Agenda. So why isn't this an issue?

With all the talk about Obama's possible difficulties getting reelected, especially after the Republican efforts to sabotage the economy, why aren't the pundits taking into consideration the overwhelming dissatisfaction and rejection of the actual conservative agenda playing out in the states? Look at the new crop of Dickensian governors approval ratings: 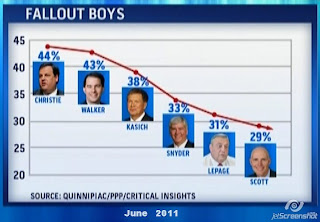 In recent polls, the public has sided with the Democratic approach to an economic recovery. When asked to create their own budgetary solution, the public went in the complete opposite direction of the Paul Ryan plan in the House (click to enlarge): 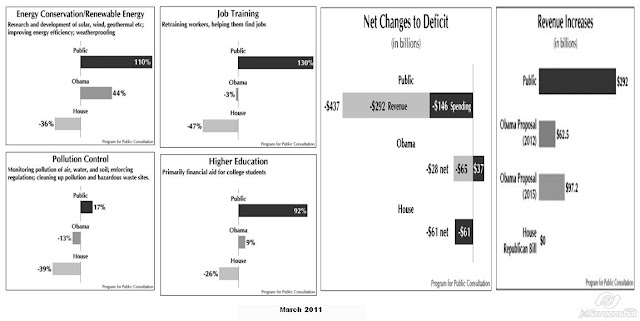 The solution is simple; a number of new tax brackets would go a long way to help. In the 50's and 60's the tax bracket of 90 percent on income over $3 million did not discourage entrepreneurs or kill jobs, which is the current conservative fiction the media never questions. 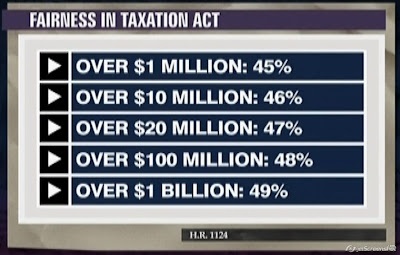