Thank you Waukesha! Reelecting Activist, Partisan, and Abusive Justice David Prosser says a lot about you. You Win.

After pretty much destroying his credibility with bizarre statements during the campaign, and threats against the chief justice, a normal voter might have had serious second thoughts about the wisdom of returning Justice David Prosser to the bench. Not in Waukesha, Ozauki and Washington Counties, the most conservative areas in Wisconsin, who voted overwhelmingly for their ideological friend. “Conservative” means never having to say you’re wrong, or in this case, abusive. 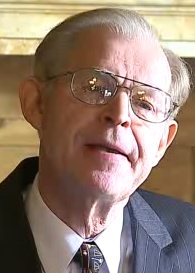 jsonline: Wisconsin Supreme Court Justice David Prosser allegedly grabbed fellow Justice Ann Walsh Bradley around the neck in an argument in her chambers last week, according to at least three knowledgeable sources … They say an argument that occurred before the court’s release of a decision upholding a bill to curtail the collective bargaining rights of public employees culminated in a physical altercation in the presence of other justices. Bradley purportedly asked Prosser to leave her office, whereupon Prosser grabbed Bradley by the neck with both hands. Justice Prosser … declined comment: “I have nothing to say about it.”

Conservative voters gave an unstable bully a complete pass. After all, he too was an unfairly picked on Republican.

Prosser acknowledged in March that he called Chief Justice Shirley Abrahamson a "bitch" and threatened to "destroy" her during a closed-door meeting … Prosser (said) the outburst to Abrahamson came after the chief justice took steps to undermine him politically and to embarrass him and other court conservatives. "In the context of this, I said, 'You are a total bitch," Prosser said. "I probably overreacted, but I think it was entirely…warranted. (Abrahamson and Justice Ann Walsh Bradley) are masters at deliberately goading people into perhaps incautious statements. This is bullying and abuse of very, very long standing."

Bradley (then) sent an email to him and other justices saying the behavior was unacceptable. An hour and a half before sending her Feb. 18, 2010 email to all the justices, Bradley sent an email to Abrahamson and Justice N. Patrick Crooks expressing her frustration with Prosser’s outbursts. “As you both know, I am no longer wiling to tolerate Prosser’s abusive behavior,” Bradley wrote. “I have been at a loss just how to proceed.”

So Waukesha overwhelmingly voted to return the partisan lose cannon and now physical abuser, Prosser, to a second term on the state’s highest court.
You should be proud. But there's more: UPDATE: Further details: