"Cleaning out the tax code" for wealthy, wipes out middle class tax deductions. 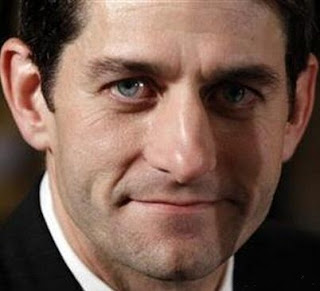 You’ve heard about the Republican plan to ease the tax burden on the wealthy by reducing their rate from 35 to 25 percent (Pawlenty is going for 15 percent). But that requires doing away with those special “loopholes and tax breaks” in the code that would supposedly put us all on a level the playing field.
It turns out this “revenue neutral” approach is not so neutral, and like I’ve been writing about here, the loopholes effect the middle class more than wealthy income earners. Ezra Klein wrote this about “cleaning out the tax code:”

According to the Tax Policy Center, the largest tax expenditures, in order, are the breaks for employer-provided health care, pension contributions, mortgage interest, depreciation of capital equipment, state and local tax payments, and charitable contributions. We're not talking ethanol credits here, and we're not even talking about tax breaks for special interests. We're talking about tax preferences for the middle class.


So far, the discussion over raising revenues by cleaning out the code has used comfortably vague language about "tax breaks" and "loopholes" and "expenditures." But to see serious money from this effort, these are the sorts of breaks, loopholes and expenditures we'll have to go after.

That’s what Paul Ryan’s Republicans are talking about, lowering the tax bracket from 35 to 25 percent for the wealthy, by eliminating the middle class “tax breaks” and “loopholes.” This revenue neutral scam, now that it's been exposed, is just another unspeakably cruel joke by likes of Paul Ryan and his fellow wealthfare conspirators.
Posted by John Peterson, Democurmudgeon at 6/21/2011 11:25:00 AM