Our "Unintimidated" Governor, frightened by Protesters, Fabricates attack to reinforce his failed Authority.

Republicans, the only legitimate party, have created a barrier against criticism; they are the authentic exceptional Americans. It's almost unthinkable to question their authority, or the righteousness of their intentions.

So it's should come as no surprise that when Scott Walker sees angry protesters everywhere, he doesn't question his own policies, he instead vilifies and fears those he sees as opponents of freedom and of just punishments.

PolitiFact took a look at another fantasy Walker wrote about in his book, of an actual event many people remember differently today, including reporters and law enforcement officials. 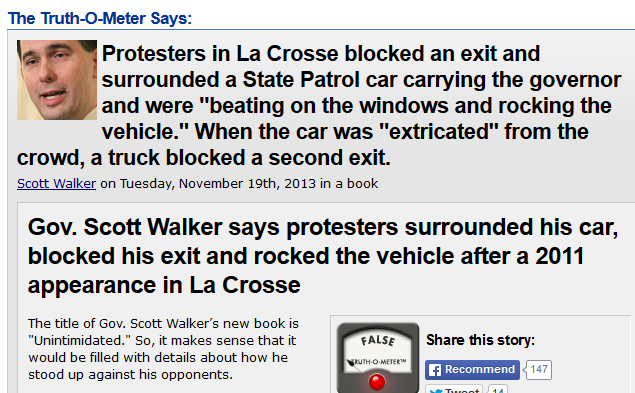