Where were you David Brooks?

You'll notice on the left sidebar my list of the "Latest Blog Updates...," sites I thought deserved a revisit from time to time. On Driftglass, the graphics are amazing, but so are the angry articles of the 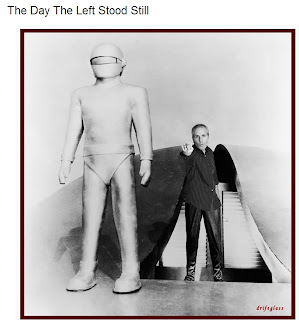 blogs creator. First, I'm a sucker for good titles, and this pretty much described my feelings about the Democratic Party, only it's true ever day.


I also found this rant about columnist David Brooks hilarious, and an amazing take down of a party that most sane people could see descending into madness:


A certain member of the GOP's chickenshit Brain Caste has the fucking nerve to feign surprise. Here is the key paragraph from David Brooks' latest 800-word embarrassment … the David Brooks’ of the world  continue to play the role of the reasonable, detached witness, merely Observing-With-Alarm the final stages of the complete and completely unforeseeable (No one could have predicted...!) psychotic implosion of his Republican Party.

Driftglass then improved on Brooks’ assessment of the bat crazy GOP by substituting this: "Over the past few years," with a more honest “Over the past 40 years,” describing the radical right turn of the party. Driftglass lets loose:


The second version -- the honest version -- puts Our Mr. Brooks (and the rest of his ilk) at the scene of the crime, squarely behind the wheel and driving the getaway car for the Party of God for virtually his entire adult life. The question remains, where were you, Mr. Brooks, when Reagan was instructing them that the government is always wrong, always evil? Where were you when the leaders of your Movement were teaching them that everyone not in the Movement was a Commie? That compromise was treason? Where were you, Mr. Brooks, when the yahoo, bigot, militia-nuts and Fundy votes were being aggressively courted by your Party? When Young Republican gatherings became occasions for the endless burning of East Coast elites in verbal effigy? When anyone in the press not mindlessly spewing paranoid wingnut bile was denounced by your Party and Movement leaders as part of the Liberal Media Conspiracy?

But where were you, Mr. Brooks, when Ronald Reagan and George H.W. Bush openly and vigorously played the race card to win the White House? When the Right was rising to power on the backs of the poor, the weak and the powerless? When Newt Gingrich and GOPAC taught Republicans to call Democrats "traitors" and "liars" and "unAmerican" in every speech? Where were you when your Dear Leader lied us into a catastrophic war and then lied to us to keep us there? Where were you when Terri Schiavo's mortal remains were being tossed around like a puppy's chew toy for pure, partisan political advantage? Where were you when New Orleans drowned? When Reagan killed the Fairness Doctrine and gave birth to Rush Limbaugh? But where were you, Mr. Brooks, when voodoo economics was hollowing out the middle class and destroying our industrial base? Where were you when radical banking regulation was setting us up for the kill? When Republicans were running up crippling deficits and then demanding that Democrats pick up the tab?

You see Mr. Brooks, as hard as you try to pretend otherwise, you are not an alarm bell in the night warning a sleeping nation of impending disaster. You are just another symptom of that disaster.

Because, Mr. Brooks, the answer to the question "where were you?" is a simple one : you have been busy being fatally, loudly and very, very profitably wrong about your Party and your Movement your entire fucking life.

And worse -- oh so much worse -- it turns out that, once again, the decadent, America-hating Left has been right all along.

Isn't that true? Still, Democrats never get any credit when they're proven right time after time. But we're always rewarding Republicans when they finally come around.