The United Sportsmen of Wisconsin blunder, Scott Walker and the Republican Party's "Waterloo," is a window into what conservative governance looks like.

It's moments of naked arrogance like this that should alert voters of all stripes. If you wanted to see what reduced regulations and government would do for taxpayers, here it is.

Oh, and they didn't file any tax returns: 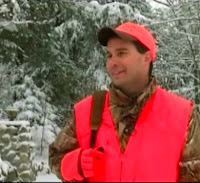 jsonline: An affiliate of an embattled sportsmen's group, United Sportsmen of Wisconsin Foundation Inc., that had sought a controversial $500,000 state grant has represented itself as both a nonprofit and a for-profit group, and in spite of its substantial revenue it has no record of having filed a state tax return, a Journal Sentinel review has found.

Separately, the two arms have applied for the state grant, sent out mailings on a 2011 recall election and done tens of thousands of dollars' worth of lobbying on state legislation … failed to follow state law by not reporting whether it owes taxes.

These groups had Walker's backing...until they blew up in his face.  Gee, so close to his reelection campaign too.

And then came this:

On Friday, United Sportsmen of Wisconsin Inc. said in a statement that it was "not a public charity" and instead is a for-profit corporation required to file its federal tax return using Form 1120. Melissa Scholz, a Madison attorney specializing in nonprofit law, said that all didn't make sense. "There's clearly a disconnect between a group that's now calling itself a for-profit that got a grant from a (c)(4) when it organized," Scholz said.

David Werner, a certified public accountant in Milwaukee said that corporations filing using a Form 1120 at the federal level must also file taxes with the state. "If they are a for-profit enterprise ...they have a filing requirement," he said.

Scot Ross, executive director of the liberal group One Wisconsin Now, blasted the state's involvement with United Sportsmen. "We think a full investigation and accounting of the events that led to this provision being put into the budget and signed into law by Gov. Walker are owed to the people of Wisconsin," Ross said. "What's clear is Gov. Walker's plan to reward an organization that endorsed him was suspect from the get-go."