It bears repeating; Wisconsin is open to those businesses supported by Republicans, which in turn, support them back with campaign donations.

Are you a businesses contemplating a move to Wisconsin? Better check to see if you’re ideologically compatible with our state government, or you’ll find yourself vilified, battling red tape and regulation like you’ve never seen before.

Let’s face it, Scott Walker is the biggest impediment to economic progress this state has ever seen.

Enough Already WI press release: “The reality is 94% of Assembly and Senate Republicans sent Governor Walker an even stronger message by not signing the letter of support for the off reservation Kenosha Casino,” said Brian J. Nemoir, Executive Director of Enough Already! WI.

Are you ready for some “down-the-rabbit-hole” economic voodoo advice from a hard core right winger? Put simply: (1) Job creation doesn't achieve Walker’s 250,000 jobs goal, and (2) any increase in employment will only be offset by job losses somewhere else. I kid you not!!!: 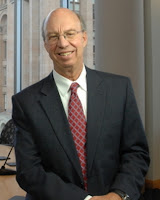 “Republicans in the state capitol recognize what John Torinus, a widely respected expert in economic development, said in his column this week that building a new casino in Kenosha will not create jobs.”


Torinus: “Economists on his (Walker) team should point out that another casino would not help him reach his goal of 250,000 additional jobs by the end of his first term in 2014. Any new casino jobs will be offset by job losses elsewhere in the Wisconsin economy.”

Torinus once said on Upfront with Mike Gousha, "So if you want to go get your heart bypassed, go find the cheapest hospital. Now that's counter-intuitive, but if you think about it, it's not." You could see Gousha back away, realizing his guest just blew the interview and his credibility in one fell swoop.