According to an article in the conservative National Review, Sensenbrenner lied boldly over and over.

Like Lying Paul Ryan, badger state lawmakers have a big problem with bullshitting: 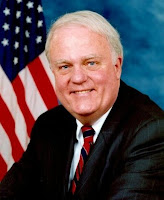 Andrew McCarthy: Sensenbrenner’s authorship claim, implausible enough under the circumstances of the PATRIOT Act’s drafting, is even harder to fathom once his description of the business-records provision is compared with the law Congress actually passed.

“And in order to get the act passed, it was limited. It was limited only to getting the business records of a foreigner, not an American, who was the target of an authorized terrorism investigation.”

This is false, through and through. Section 215 expressly permits the government to obtain the business records of American citizens … (and) it does not require that either foreigners or Americans be “targets” or suspects in a terrorism investigation before their business records may be obtained.
The provision reads the way it does — as anyone who actually wrote it would know — because partisans of the traditional constitutional supremacy of the executive branch in national-defense matters prevailed over progressives and libertarians who wanted to put the judges in charge of intelligence gathering. Subsection (a)(1):


the Director of the Federal Bureau of Investigation or a designee . . . may make an application for an order … for an investigation to obtain foreign intelligence information not concerning a United States person or to protect against international terrorism or clandestine intelligence activities, provided that such investigation of a United States person is not conducted solely upon the basis of activities protected by the first amendment to the Constitution. [Emphasis added.]

Sensenbrenner had his day in the media, but only after deciding to lie, lie, lie.


Wisconsin’s getting some kind of reputation. Wait till the national media discovers Scott Walker isn't the job creating dynamo he says he is.
Posted by John Peterson, Democurmudgeon at 6/24/2013 09:32:00 PM