Come on, let’s admit it; there’s a reason all of these conservative wedge issues are making it to the Supreme Court, it’s packed with activist conservative justices. The media refuses to bring this topic up, even while this activist rogue court keeps racking up the victories. It’s so weird to hear those embarrassing brain dead Republican politicians and low information voters say, “I told you so.”

And these conservative activist Justices struck again, just like they did in Citizens United and the Heller Second Amendment gun rights case, by overruling Congresses decision to guarantee the right to vote and uphold the Fifteenth Amendment. Of course limiting who votes is an odd defense of our “republic,” where we are dependent on that vote to pick our “representatives.” How often do Republicans remind us we are not a democracy?

The ruling is your typical “state’s rights” decision, saying pre-approval of election changes in area’s known for past discrimination, is congressional overreach, and needs to be updated to reflect current conditions. It sounds like the judicial branch of government is telling the legislative branch what to do.

Either the Justices are completely ignorant of the current political climate, or they’re keenly aware of it and intend to game the system, knowing congress has been taken over by rabid tea partyers who hate government and will agree to nothing. Either way, voter protections are gone. 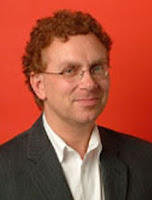 What the United States Supreme Court has done, with its decision to strike down essential elements of the Voting Rights Act, is wrong … the court's conservative majority has taken advantage of a gap in the Constitution that must be addressed.

Nichols is talking about the fact that the constitution does not guarantee our right to vote:

The court's 5-4 ruling lifted the requirement that changes to voting laws, procedures and polling place locations in all or part of 15 targeted states be approved in advance by the Justice Department or a panel of federal judges. The ruling says that Congress went too far in seeking to prevent racial discrimination in voting, when it reauthorized of the historic act in 2006, with votes of 98-0 in the Senate and 390-33 in the House.

Business Week: It fell to Justice Ruth Bader Ginsburg, in a scathing dissent, to note that: “After exhaustive evidence-gathering and deliberative process, Congress reauthorized the VRA, including the coverage provision, with overwhelming bipartisan support. In my judgment, the court errs egregiously by overriding Congress’s decision.”

Congress can and should come back at the issue. But that won't be easy … the Voting Rights Act earned the scorn of Republicans who object to its use in legal efforts to strike down restrictive "Voter ID" laws.

Can the act be updated, like the court advises? Are you kidding:


Senator Charles Grassley of Iowa, the top Republican on the judiciary panel, said in an interview that he’s doubtful a legislative response is needed. He said the court’s ruling reflects that the nation has changed. “It proves that after 45 years that the Voting Rights Act is working,” Grassley said of the court’s ruling. “The situation in those states that were covered by the act, they don’t have discriminatory voting anymore, so the act is not necessary."


Nichols like so many liberals thinks we can change things for the better. Get rid of the rose colored glasses guys, we're getting killed out here:

Mark Pocan and Keith Ellison want to do something about that … unveiled a proposal to explicitly guarantee the right to vote in the Constitution. If approved by the Congress and then ratified by three-fourths of the states, it would add to the founding document this declaration:


SECTION 1: Every citizen of the United States, who is of legal voting age, shall have the fundamental right to vote in any public election held in the jurisdiction in which the citizen resides.

SECTION 2: Congress shall have the power to enforce and implement this article by appropriate legislation.