Thank you Scott Walker, for the budget leadership and your verbal stamp of approval, but…it punches a half billion dollar hole in the structural deficit!!

It didn't take long to create a huge structural deficit. Republicans put together a budget buster, a totally irresponsible one at that. Conservative accountant and Rep. Dale Kooyenga should be thanked for exposing what I've been saying for some time; don’t trust failed conservative accountants that switch jobs- they’re pulling numbers from their ass or an entirely different reality. Either way it all stinks to high heaven.


Unfortunately, conservative voters may not notice this for a few months.

jsonline: The typical homeowner's property taxes would rise by $29 in each of the next 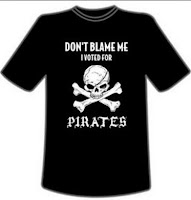 two years, scores of special-interest policies would slip into state law and the state's 2015-'17 budget would face a projected half-billion-dollar shortfall, under the latest version of Republicans' state budget bill. The bill passed last week by the budget committee would turn the surplus currently enjoyed by the state into a potential deficit two years from now, making it more difficult for lawmakers in the future session to increase spending and hold down taxes, according to a new report from the Legislature's nonpartisan budget office.

Republicans can be trusted with taxpayer money…? A media created myth. You won't believe this...

Senate President Mike Ellis of Neenah, one of the Republican lawmakers who has been most concerned about the potential shortfall in the budget, said he could live with the projected level in the current bill. That would not account for any inflation in state spending programs such as schools or health care for the needy. "It's OK," Ellis said of the projected gap.

Rep. Jon Richards (D-Milwaukee), a member of the Joint Finance Committee who opposes the GOP budget, said"Only in Republican fantasyland is it a good idea to turn a...surplus into a...deficit by blowing it on tax cuts for the rich. Here's to hoping clearer, more moderate minds prevail when the full Legislature amends and votes on the budget in the coming weeks," Richards said in a statement. In all, the Fiscal Bureau identified about 90 policy items not relating to state finances.