Ron Johnson Praises Right Wing Talk Radio for Educating Americans: “Without that level of education, we wouldn’t be particularly, we wouldn’t have a chance as conservatives. So all I can say is God bless people like Rush…”

Dumb Ron Johnson talked to TheDC’s Ginni Thomas, the same Ginni Thomas who's married to our partisan activist justice Clarence Thomas, who to this day has not been removed for extreme biases. 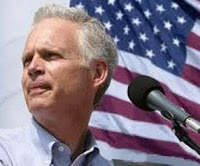 Wisconsin elected this blindly ideological, laughably ignorant big mouth as a problem solver. Even though every ad he produced during his senate campaign was replete with lies and blatantly wrong information, "stuff" he still talks about today.

What insiders are saying about Johnson isn’t just true, but wildly understated. Roll Call reported the following comments made about Johnson: “Someone who has talked more than he has listened” and “Like watching a temper tantrum by a two-year-old.” Yet even these observations don’t fully explain his contempt for everyone else. Pity the lowly left, liberal comedians, and Obama for their utter ignorance.

Johnson gets his legislative information...actually his education, from unbiased, nonpartisan flame throwing conservative talk show hosts. From the Daily Caller:

Johnson: “When we have the bias in the mainstream media, it’s actually amazing that conservatives are able to hold their own. But it really is in large part due to the effectiveness of talk radio, where you have somebody like Rush, or in Wisconsin we have Charlie Sykes, Mark Belling, Vicki McKenna…there’s a host of radio talk show people, that for one or two or three hours a day, get on the radio and educate Americans about what’s happening in this country. And without that level of education, we wouldn’t be particularly...we wouldn’t have a chance as conservatives. So all I can say is God bless people like Rush..”