I know, it’s not Scott Walker’s fault Rockford, Illinois is having problems, but wage freezes, low morale and smaller government is proving to be a self destructive plan, that can’t compete with even slightly higher wages elsewhere. This might sound like a dream come true to many conservatives, but how does that work for business, tourism and quality of life? Eh, just a thought: 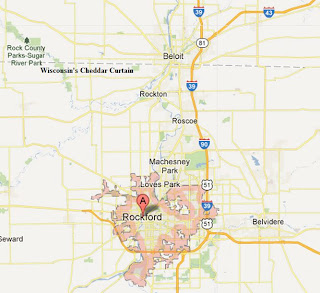 WIFR: Non-union Rockford city workers will be getting a three percent raise. It will cost the city $270,000, which some aldermen say the city can't afford. But the city says the cost will be absorbed by increased revenue from sales taxes and money saved in public works because of the warm winter.

Some public safety employees like police officers and firemen, won't even take a promotion, because the better job will mean less money.

This is another example of the long term damage the Republican Party is inflicting on future governments and budgets. From my point of view, this does more for doing away with government, then it does to downsize it.
Posted by John Peterson, Democurmudgeon at 5/22/2012 02:31:00 PM