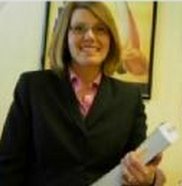 This story makes me sick, literally. Having just blogged about an 18 year old teenage guy being portrayed as a sex offender for going out with his 15 year old freshmen girlfriend, the following 6 year old boy is accused of first degree sexual assault for playing doctor with a 5 year old girl.

The Grant County DA Lisa Rinicker should be recalled by any concerned parent who might be appalled by her irresponsible actions. Riniker even sent the boy a summons, threatening jail if the boy did not appear in court. Her excuse? She claims the law was written in a way that did not include an age restriction, so goodbye common sense.

And just for good measure, she was also granted a gag order on the boys parents today, so they could not be interviewed by WISC Channel3000 to tell their side of the story.