The righteousness of the far right, like Operation Burn Notice and most Walker supporters, is another reason why creeping fascism may be upon us. Recall petition burners and shredders are not encumbered by state and federal laws, or even the Constitution, if the battle itself will "save" America. Their doing it for us, don't-cha-know.

I'm almost surprised at how pathetic and desperate FitzWalkerstanians are to maintain one party rule. At one time, they begged for a split but balanced government. The smell of defeat has caused them to create the necessary amount of uncertainty to skew the recall or election results.

It's hard to believe the following pictures reveal anything but a satirical statement, on a Facebook site created by a lonely teenager, pranking his liberal middle or high school counterparts. If it isn't a joke... 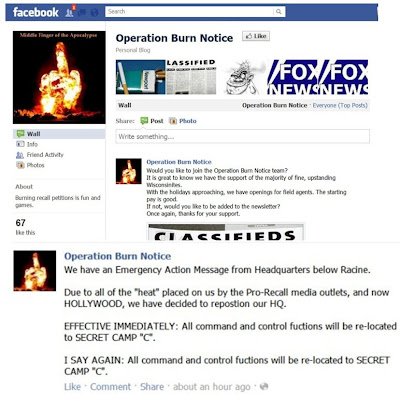 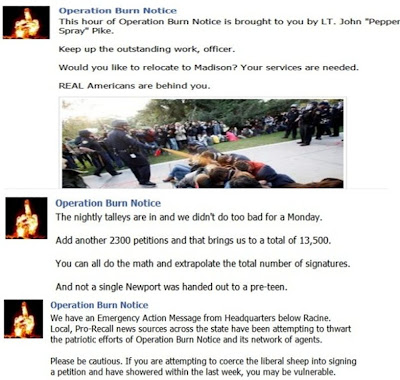