There are even more dirty tricks, as reported by TMJ4:


Someone else posted a fake "Cemetery Petition Drive" on the Democrats' recall website. The phony plan suggested using names on headstones for the recall, which is illegal. Democrats pulled two other fake postings from their website.

UPDATE: 8:20pm: Hand it to Patch reporter Denise Lockwood for the great coverage. 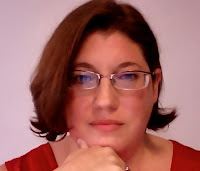 “If someone signed what they think is an illegitimate petition or one that was circulated by a person not on the up and up, that person can sign more than one petition,” Magney said. “There is no prohibition on signing more than once. It’s up to the recall committee to weed out possible duplicates.”

Magney added that he has had discussions with district attorney’s about the issues, but he couldn’t comment on which district attorney’s he has talked to. “We take this very seriously,” Magney said. “We hope that local law enforcement officials will have the time to prosecute these cases if it becomes an issue.”

Graeme Zielinski, spokesman for the Wisconsin Democratic Party, said the issue isn’t in the destruction of the petitions, but rather it’s the creation of doubt and fear. “They want legitimate circulators to be turned away,” he said. Our message to the public is: don’t let this intimidate you. You can sign a petition more than once if you think you have signed a petition that someone may have destroyed, and you aren’t violating the law.”

There's additional comments, so check it out.

In an amazing change of plans, two men say they will now turn their petitions in to the GAB, instead of destroying them. Here’s the bizarre story:

Caledonia Patch-Denise Lockwood: The man who collected 150 signatures said he plans to turn them into the Government Accountability Board. One other person is also going to turn his in and they are going to convince a third person to do the same. Here's his statement:

"It’s not the right thing to do, we should have known better. The whole thing wasn’t our idea. It’s something we just stumbled on and we did it, 24 hours later we realized that it’s not a good thing to do. I’ve been thinking about it and it’s just not right. But when I think about what’s been going on all year with the protests, and what this has been doing to people, families, and friends…is making normal people do really stupid things and feel stupid things. And it’s crazy. It's absolutely crazy."

Here's how the whole story started, as reported in the Caledonia Patch:

They are doing this to sabotage the recall effort, the resident said. “The Democrats put this out there and they made some mistakes,” the man said. “It’s not illegal to collect them and not turn them in.”

The man claimed he had already collected 150 signatures at Walmart and Pick’n Save on 27th Street in Franklin yesterday. The man also told Caledonia Patch that there are over 1,000 people collecting signatures across the state to recall Scott Walker and that none of those people had any intention of turning them in to the GAB. When pressed, he said he couldn’t confirm the actual number. A website called the Brad Blog is also featuring actual screen shots of these conversations.

“People are done and they are going to start fighting back. We’re done with the unions and their foolish ways … this is Wisconsin, leave us alone,” he said.