Passively allowing Republicans/Conservative calls to Over Throw the Government is Even More Dangerous. Spoiled Brat Party Needs a Timeout. 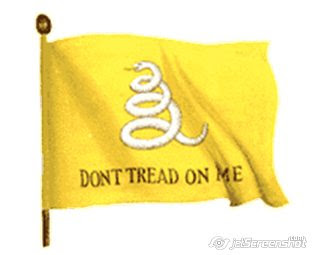 For the longest time I've allowed the conservative demagogues to guilt trip me into thinking they have a constitutional right to protest policies they don't understand or lie about. Because the word treason was insanely overused by the Bush administration and the McCain/Palin campaign, also a campaign talking point, I discounted the word all together. But looking back now, I'm wondering if this misapplication of the word treason mistakenly took the issue completely off the table.

Maryann Tobin of Examiner.com wrote this revelatory piece for the unenlightened:

Since the passage of health care legislation, death threats against democratic lawmakers and the filibuster are only part of the new revolutionary Republican arsenal. At a Tea Party protest on Tuesday, Rep. Steve King (R-Iowa) urged the crowd to launch an uprising against the federal government. King said people should “bring the nation's capital to a sort of paralysis” and to "continue to rise up.” Recent rhetoric by Sarah Palin, and Michelle Bachmann (R-MN) have riled up crowds with similar statements, along with their own call to arms against health care reformers, and those with viewpoints outside of their own.

According to Section 3 of the 14th Amendment of the US Constitution – such statements could be considered treason. Additionally, TITLE 18- PART I- CHAPTER 115 Rebellion or insurrection states: “Whoever incites, sets on foot, assists, or engages in any rebellion or insurrection against the authority of the United States or the laws thereof, or gives aid or comfort thereto, shall be fined under this title or imprisoned not more than ten years, or both; and shall be incapable of holding any office under the United States.”

Although King, Palin and Bachmann have every right to disagree with the passage of health care reform, even the hint of overthrowing the United States government because of it, begs the questions - why would they even suggest such a thing? And what will we end up with if no one stops them?

If not now, when, is the real question. The Republican Party, without one dissenter, is attempting to stop the Democratic Party from bringing about the change they promised in the election. The Democratic agenda was not a closely held secret during the campaigns. None of this should have been a surprise to anyone. The voters decided, and chose not to go with spoiled brat party, who now seems to be having a tantrum.

What was a surprise was the unanticipated avalanche of outright lies and fear mongering. Ideas and ideology went out the window, replaced by fictions designed to muddy the issues and strike fear in the minds of Americans.

Projecting out ten years or so, where do you think this countries political system will be?
Posted by John Peterson, Democurmudgeon at 4/08/2010 11:28:00 AM